Join the Fight against Rhino Poaching at the Olli Homecoming Campfire

“The responsibility of preserving our wildlife, flora and fauna will always rest with us as humans, civilians and custodians…”

Wayne Bolton, the South African family man and Honorary Ranger who embarked on a One Land Love It Expedition (#OLLI) in November 2015, raised the question, “What have I ever done to contribute to the sustainability of my environment”? 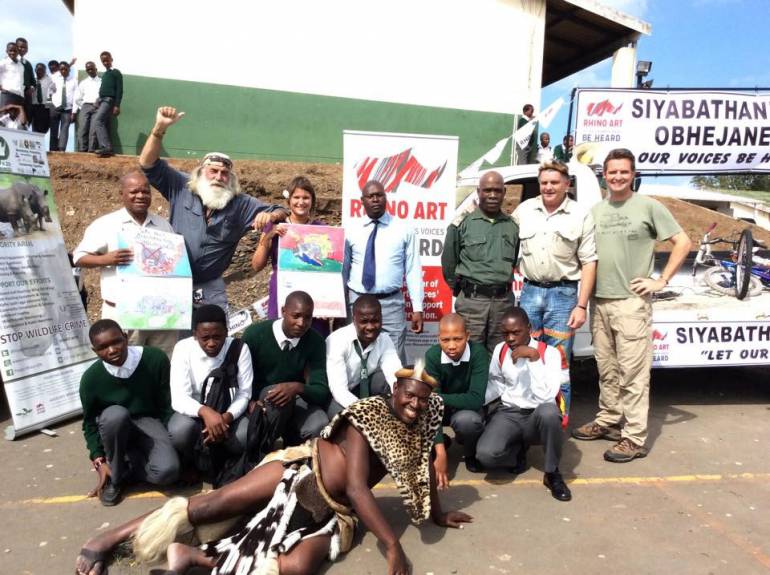 When one look at the current rhino poaching statistics it is evident that there is no better time to ask and answer that question, than now.

On a bicycle, Wayne and his family members, cycled 6000 kilometers from one South African National Park to the next to create awareness and raise funds for orphaned rhino calves and anti-poaching initiatives. Wayne carried with him a Scroll of Unity in Conservation which was signed by representatives of SANParks as he linked South Africa’s 19 National Parks to symbolise the combined effort for conservation in our country and the unity and common objective to make the world a better place by protecting and managing what we have. 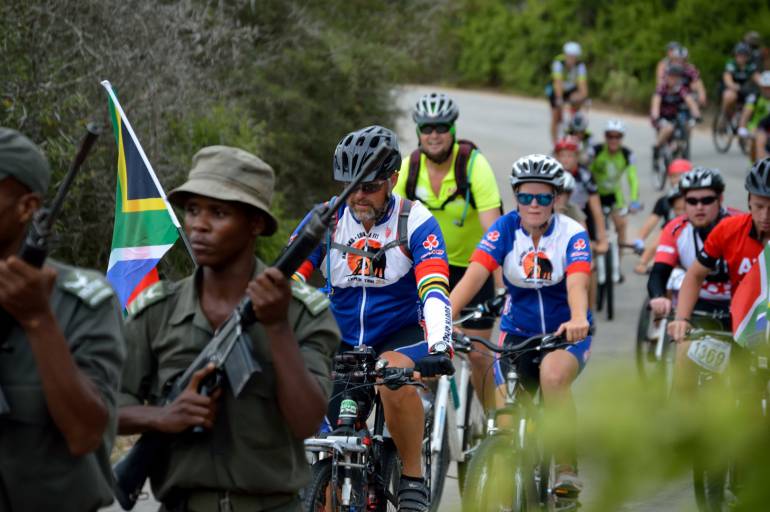 You are Invited to the Campfire

On the 5th of August, Wayne and his support team, invite you to the Olli Homecoming Campfire event where you can be part of their journey, and more importantly, part of the change. Join this unique night where they will share their tales, adventure and inspiration in aid of our rhino with some live entertainment and a potjie meal.

During the event, which will be hosted at the Boardwalk’s Amphitheatre, SANParks will receive the iconic Scroll of Unity in Conservation and you’ll get to hear all about the expedition which started in Kruger National Park and how Wayne, his family and team members, traversed through South Africa’s valleys and over mountains to draw attention to the role that SANParks plays as the custodian of our natural heritage.

You will get some insight to the highs, memorable moments and milestones they've experienced such as reaching the first 1000 kilometers, cycling with a park manager, having their friends and family join in on the journey, conquering the intense, winding road of the Olifantskop Pass, a few more thousand kilometers, as well as the collaboration with Rhino Art and SANParks, which granted them the opportunity to interact with children to share the importance of conservation. 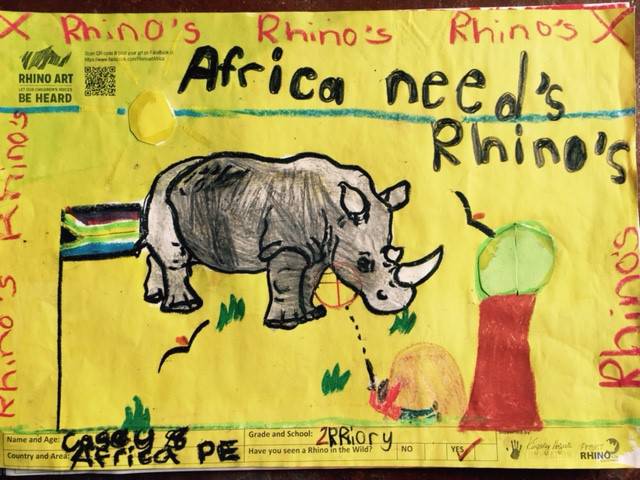 The OLLI Expedition ended on a high note in Addo National Park, Nelson Mandela Bay’s neighbour in nature on the 13th of February where Wayne finished the last leg of the expedition alongside his family and a group of 35 eager cyclists who joined him in Patterson. In Addo Elephant National Park they were met by supporters, friends, a group of well-drilled, disciplined Rangers and none other than Kingsley Holgate, the legendary South African explorer, humanitarian and author.

Join Wayne and his support team and relive their experience as they raised funds for anti-rhino poaching initiatives on the 5th of August at 6pm at the Boardwalk’s Amphitheatre. Tickets are R120 per person can be booked online at www.oneland.co.za. 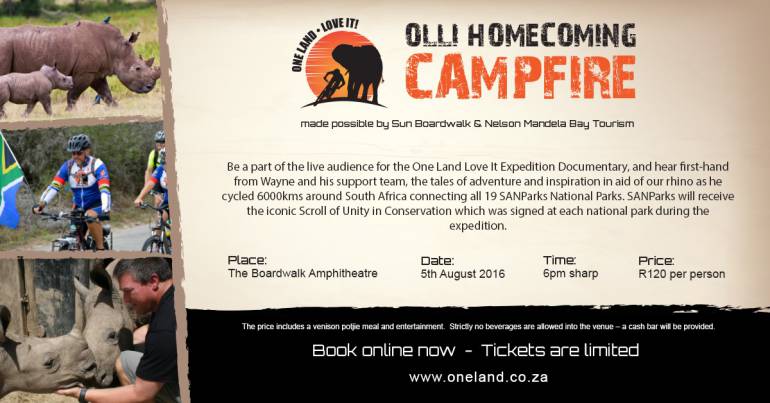 Here are some more photos from Addo National Park, when the OLLI Expedition Team arrived on 13 February 2016: 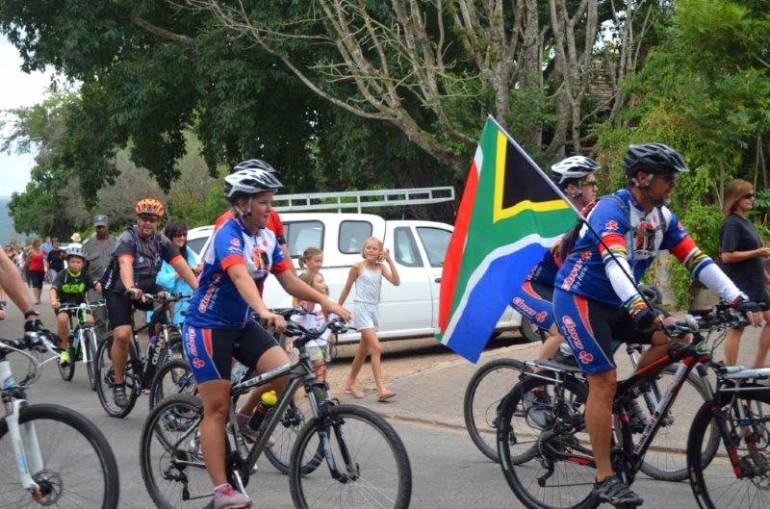 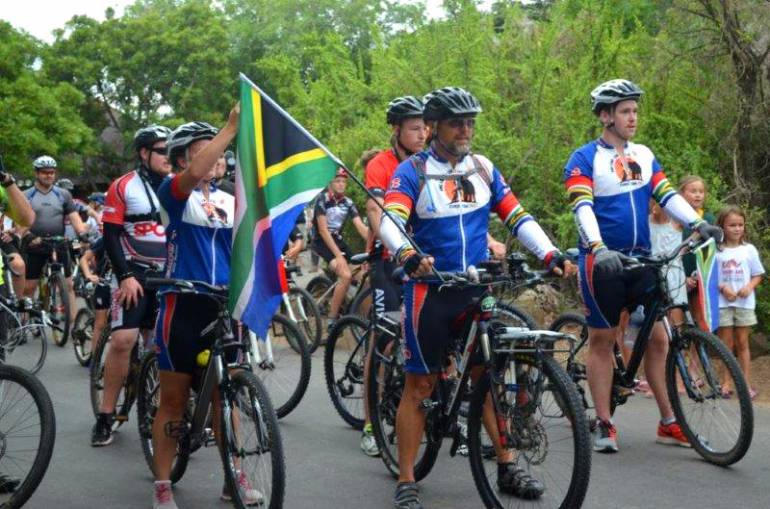 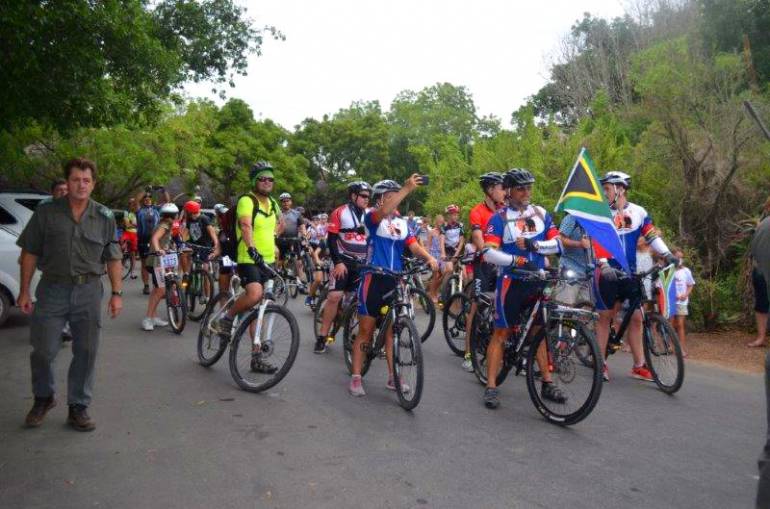 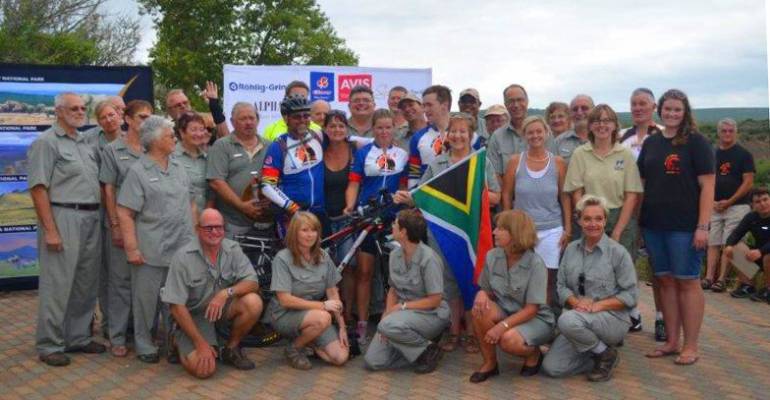 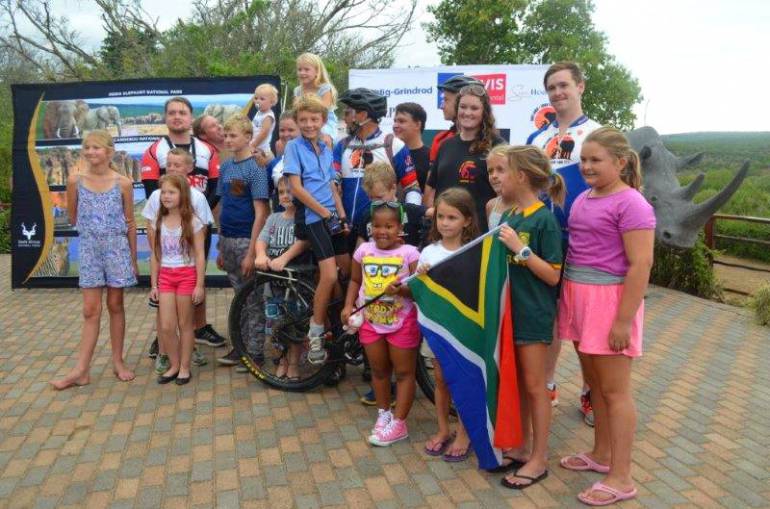 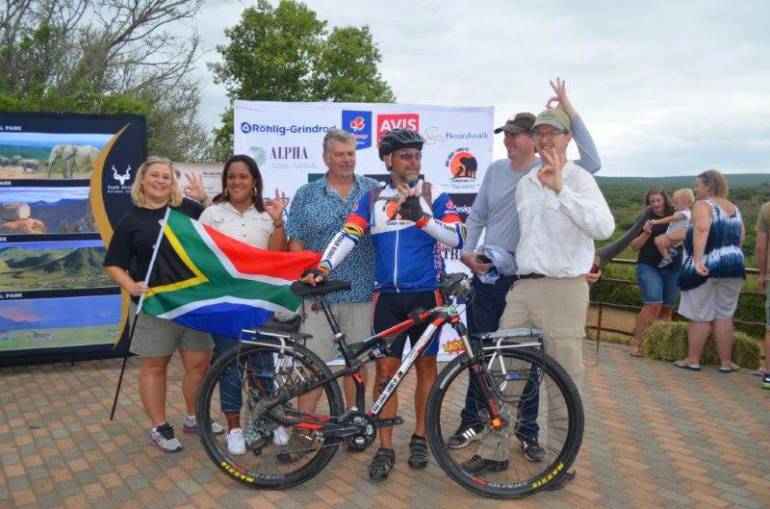