Currie Cup 2014 rugby: Be at EP Kings vs Western Province on Friday 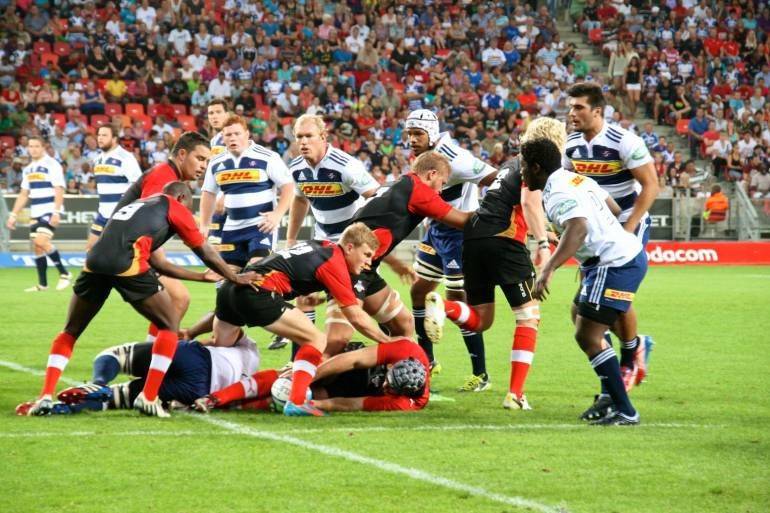 Action in the 2013 Super 15 match between the Southern Kings and the Stormers. Photo courtesy of Nelson Mandela Bay Stadium

Luke Watson will captain the EP Kings in their opening 2014 Currie Cup rugby match against Western Province at Nelson Mandela Bay Stadium on Friday night. The match kicks off at 19h10 and tickets are available at the gate for R55.

Watson makes a long-awaited return from injury, having not played since early 2013. His father Cheeky is well known for the part he played in promoting mixed race rugby by defying apartheid laws to play club rugby in the townships of the Eastern Cape during the 1970s and '80s.

The teams are listed below, courtesy of Keo.co.za.