An New research project by NMMU have discovered extraordinary tufa stromatolites on the southern coastline of Port Elizabeth ,this creates a very unique ecosystem.

Stromatolites are layered bio-chemical accretionary structures formed in shallow water by the trapping, binding and cementation of sedimentary grains by biofilms (microbial mats) of microorganisms, especially cyanobacteria. Stromatolites provide the most ancient records of life on Earth by fossil remains which date from more than 3.5 billion years ago. 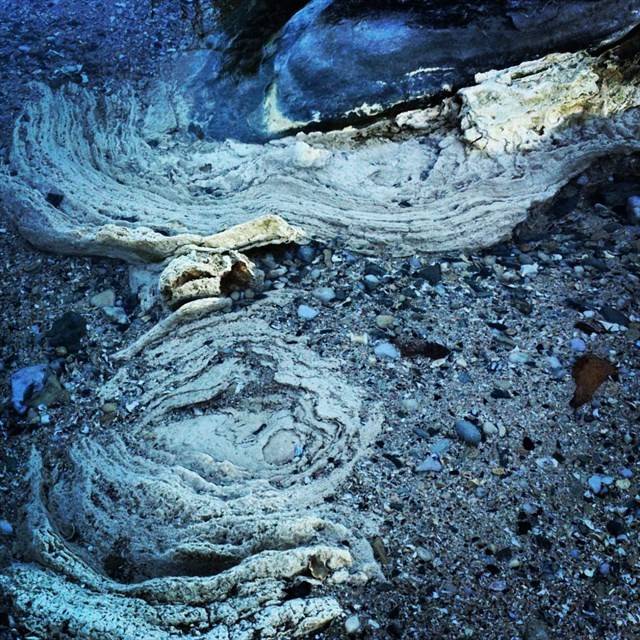 Tufa is a variety of limestone, formed by the precipitation of carbonate minerals from ambient temperature water bodies. Geothermally heated hot-springs sometimes produce similar (but less porous) carbonate deposits known as travertine. Tufa is sometimes referred to as (meteogene) travertine. 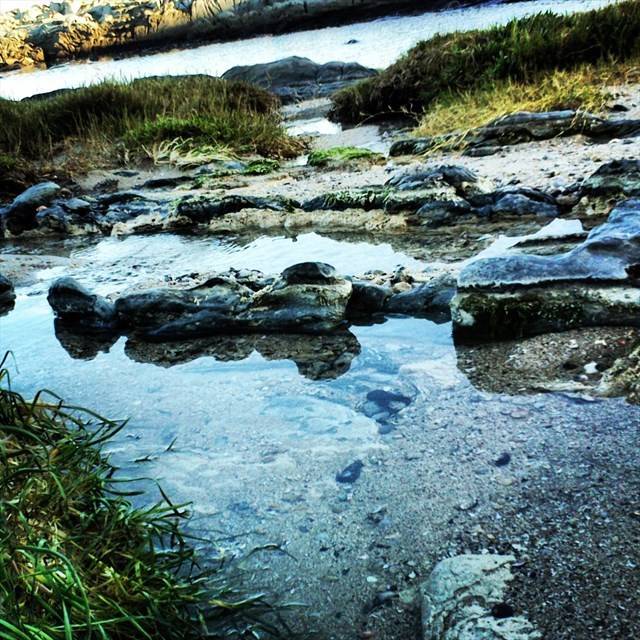 When they are growing they are all squishy but as they dry out they become calcified. They don't look like much but this form of life has been around for, at least, the last 3.5 Billion years.

The first extant marine tufa stromatolites along the southern African coast were described in the early 2000s from Cape Morgan and later investigated in some detail from a geochemical and geomorphological point of view. Located on a dolerite headland shaped into a wave-cut platform, these stromatolites consist of continuous, extensive laminar growths or discrete accretions bridging gaps between separate boulders. In either case, the formation results in enclosed rock pools capable of trapping carbonate-rich groundwater seeps.

Although other rare, isolated examples of similar formations have been reported to occur from Port Elizabeth to Tofu in Mozambique, the recent discovery of numerous and closely spaced living stromatolites on the coastline south of Port Elizabeth appears to be extraordinary.

While the Cape Morgan headland includes about 50 stromatolite colonies, each of about 3 m2 on average, the formations mapped so far to the west of Cape Recife include 540 colonies, ranging in cover from < 1 m2 to > 100 m2.

Stromatolites are important because they are regarded as the oldest type of calcified formations where cyanobacteria play a major role in the deposition of calcite crystals, either directly on the cell surface or, more commonly, through inclusion within the mucilaginous sheath that surrounds the cell. The process requires CaCO3 super-saturation of the water, which only occurs in today’s marine environment in a few special circumstances, e.g. under states of hypersalinity, excess evaporation, or mixing of extremely different water types.

As stromatolites date back in the fossil record at least 2.7-3.5 billion years, the study of the few extant colonies still remaining in the marine environment may be instrumental in understanding the hydrospheric conditions that prevailed at the onset of life on Earth. 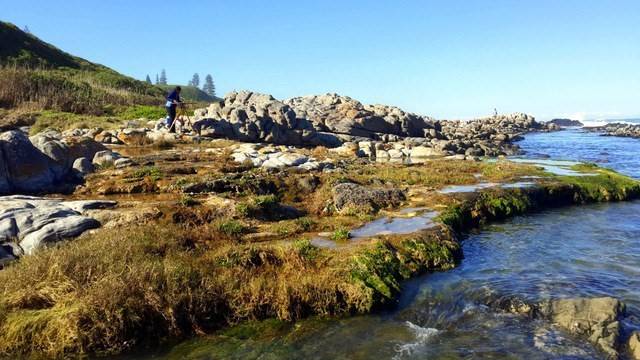 Southern African tufa stromatolites are regarded as unique in their nature, because they typically occur at the interface between freshwater seepage points and the marine penetration. The closest type to those discovered on the south-east coast of South Africa are the tufa deposits recently reported from the south-west coast of Western Australia. Here, however, most tufa formations are associated with inland spring discharges, while the South African types are all upper intertidal to supratidal in position, with strong and regular marine influence. 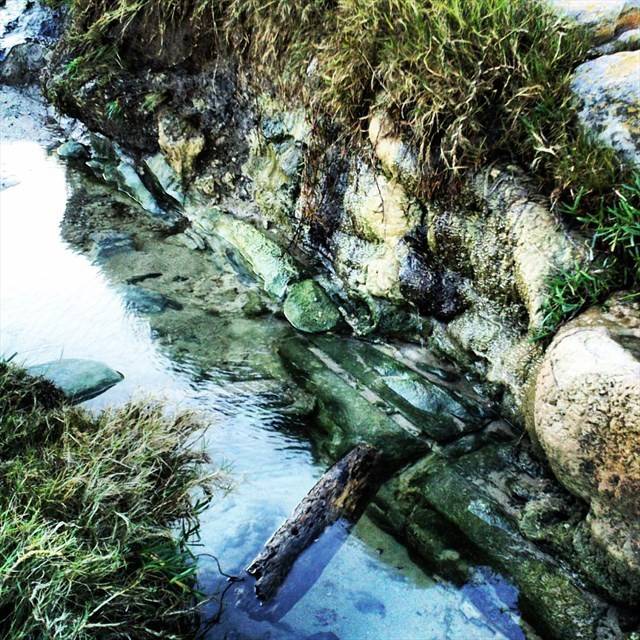 Southern African tufa stromatolites are regarded as unique in their nature, because they typically occur at the interface between freshwater seepage points and the marine penetration.

With few exceptions, metazoan (animal) communities have generally been regarded as incompatible with the very existence of stromatolites. However, a diverse macrofauna community characterise the stromatolite pools of the Eastern Cape, with euryhaline species occurring throughout the system and typical freshwater and marine species alternating each other at pool dominance, or even coexisting in different layers of each pool.

Euryhaline organisms are able to adapt to a wide range of salinities. An example of a euryhaline fish is the molly (Poecilia sphenops) which can live in fresh water, brackish water, or salt water.

A case in point is provided by the true crabs (brachyurans), which exhibit abundances of a typical freshwater species, Potamonautes perlatus next to a typical marine intertidal dweller, Cyclograpsus punctatus. The two crab species can be found occasionally in the same barrage pool, but at different depths, with the marine species generally under rocks in the deeper parts where the denser saline water sinks. Mass mortality of Cyclograpsus punctatus has been observed when pools become freshwater- dominated due to an imbalance of flows from the two sources, or turbulent conditions force mixing and the breakdown of haloclines in the water-column.

Stromatolite pools also appear to be colonised by a unique suite of common fish species, most of which are usually associated with estuaries. It is unknown to what extent these unique habitats serve as a fish nursery. In the fresher pools, there are often frogs and dense aggregations of tadpoles.

For the full report refer to http://www.sajs.co.za/sites/default/files/publications/pdf/Perissinotto_Research%20Article_0.pdf