So after writing  THIS POST on JustEllaBella about using the NMB Pass to reconnect as a couple, we did the exact opposite and promptly included our two-year-old son in the first outing.

FAIL! I know, but the NMB Pass gives us 5 outings to do over a three month period so all is not lost. 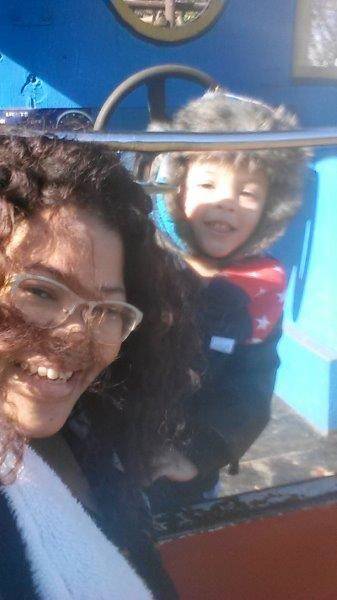 Family Fun for JustEllaBella and Aiden

I really don't regret taking Aidan to Holmeleigh farmyard though. I haven't been in ages, not counting the 5km races I did there and the last real memory I have is of my now 17 year old cousin running straight into a little duck pond. I still remember his nappy clad run for it with his mom bringing up the rear.hahaha. 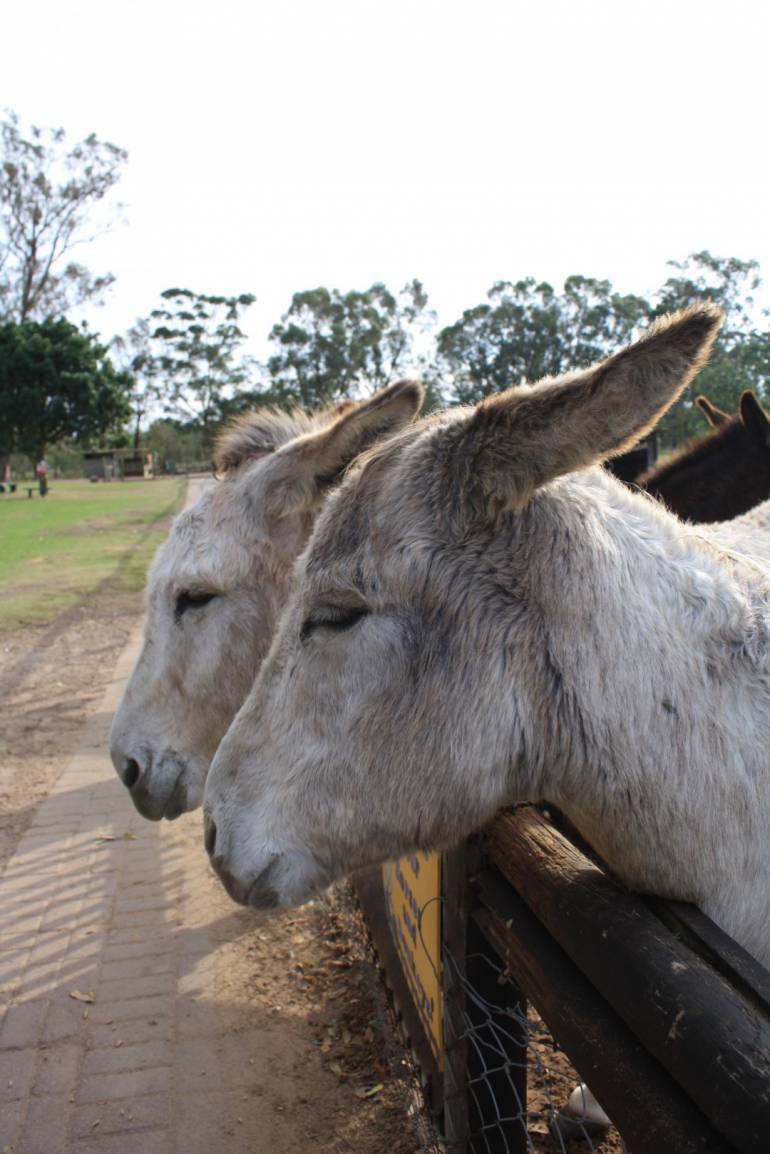 Donkeys at Holmeleigh farmyard lavish the attention from children young and old.

The place is AWESOME, and I feel like such a fool for not taking Aidan earlier. He fed the animals (you get animal feed free with the Pass) after giving them a bit of a talking to; "horsey I give you food, but I don't want your mouth" , he bravely said referring to the fact that the animals were eating from his dad's hand (I didn't, want their mouths either).

He ran around with a kid (as in a goat), who following us everywhere, but moved on when we ran out of food, what is it with kid's these days, no loyalty (hehehe) 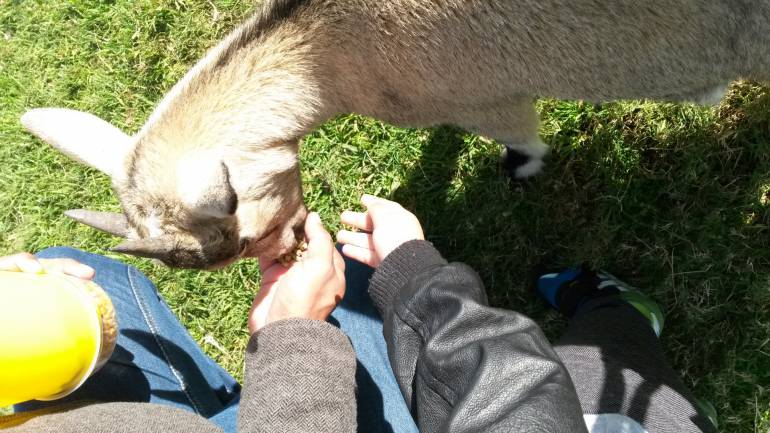 The animals are well looked after (this is super important to me) and they have these information boards on the pens so you can seem all smart when your kids ask you animal related questions. They have signs up for the children's safety and for the animals, like a warning that hugging the bunnies too hard can break their ribs, poor bunnies.

Aidan had so much fun, he even created a soundtrack for the day by walking around humming Old Mac Donald.

He asked the pigs if the wolf blew their house down and tried giving the ostriches a pep talk; "Please try to fly ostrich, go high up in the sky with your wings, just try". This kid loves giving pep talks he told the really cool Thomas the Tank Engine on the play ground (after, steering for a while) ,"I drive, but you have to ride, come Tom (cause apparently him and Thomas, are friends like that) just try to go". He actually climbed off the train to look Tom in the eye for this one.

Thomas is just part of the awesome playground they have, oh so much climbing, I thought my kid was going to lose his mind... I want to play with animals, I want to play in the playground, I want to do all the things!!! He ran around trying not to miss a moment of the fun while all I wanted to do was sit in their tea garden with a cup of great coffee. 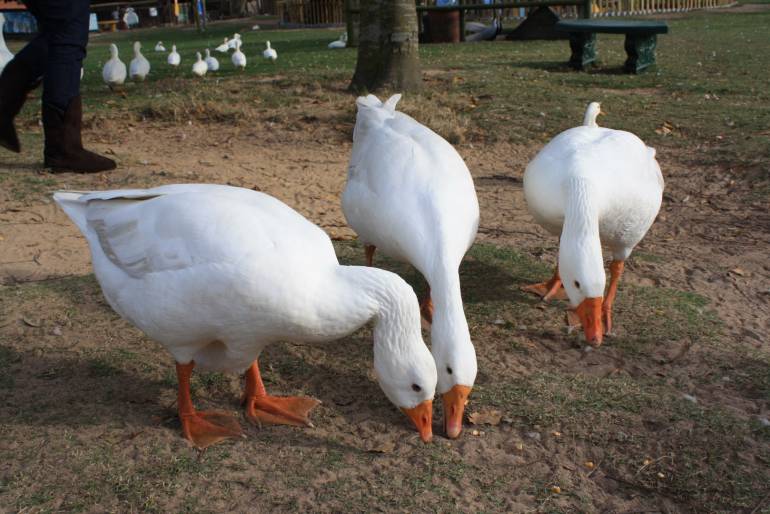 Ducks and other farmyard animals can be found at Holmeleigh Farmyard.

You get a free breakfast with the Pass, which I must say is LOADS of food and their coffee is not bad (coffee snob alert). Their little lapas overlook the play area so I can totally see myself sitting there watching him play when he is a little older.

Holmeleigh Farm does all inclusive parties and school outings and is a must for anyone with small kids, do try it out! 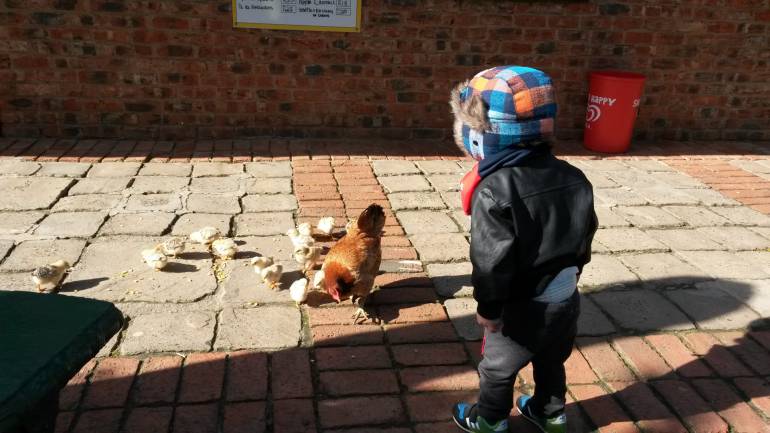 Chickens all around being fed seeds by children.