So this weekend I had a "we are so blessed moment"!

When I say we I mean the people of South Africa, The Eastern Cape, more specifically Nelson Mandela Bay. 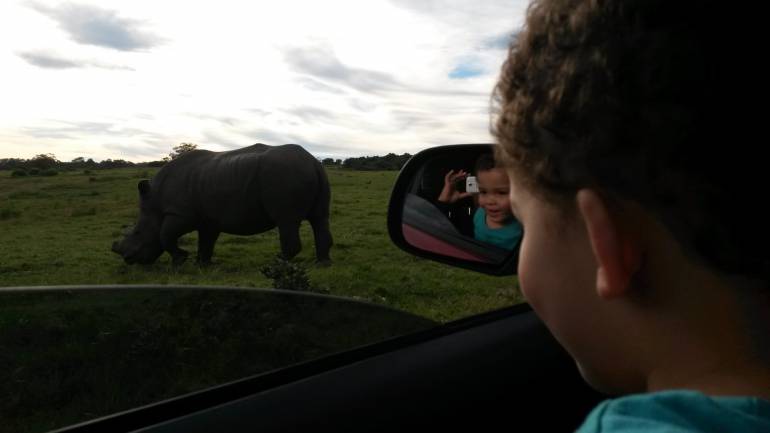 Rhinoceros view from the car window - we are still so fortunate to be able to view these majestic creatures.

We live so close to a number of game farms, it's sickening. I don't know too much about the rest of the world's access to wildlife but I do know I attended a University situated on a nature reserve (which is where I developed a phobia of monkeys, mind you) and have been on enough safari's to have CD's full of wildlife pictures I took myself.

Once as part of a delegation of people from all over the world, the conversation turned to wild animals (mostly because they had a REAL AFRICAN in their midst) and they were rather impressed that going to game farms is pretty much the norm over here.

I remember as a kid piling into my dad's car for self drive game drives with our noses pressed against the windows, eyes wide in anticipation.

How amazing is it that we can do that whenever we want. Yes, some game farms are pretty pricey, but there are affordable options, like Kragga Kamma Game farm where we took our two year old on the weekend. 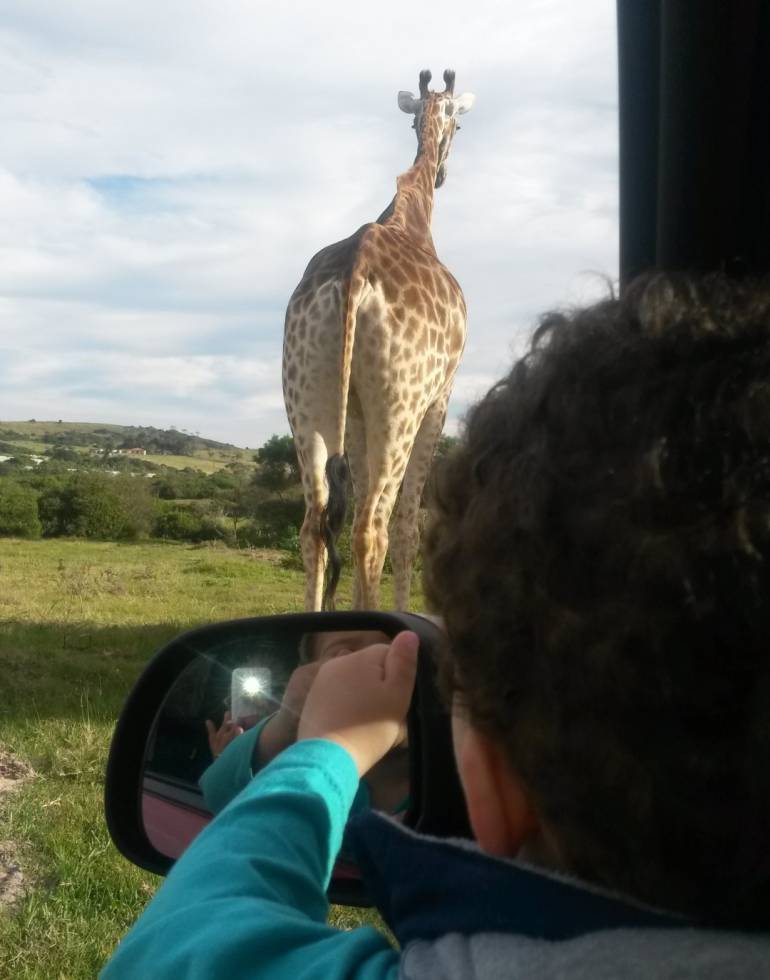 Safe but close proximity for children to excitedly view animals in their natural environment.

He has really taken to wild animals on TV and in his books and I thought it would be a treat to show him the real thing.

It was not his first time there, but I'm pretty sure it's the first time he took note...We took him there for our first family weekend when he was 8 months old, but back then he could not care less. The kid didn't even blink an eye when I stood on the balcony of our lodge with giraffe and bush buck so close I looked like the African version of Snow White; just one musical number away from getting the cast of the Lion King to do some chorus.

This time it was different, when I first told him he would see zebra he just pulled a face at me, to him they were mythical characters relegated to books and TV. Me telling him he would get to see one was basically like telling him to look out of the car window in case he spotted Henry Huggle Monster or Sophia the First (Disney Junior characters).

I will never forget his face when he first saw the Zebra, it was almost too much for him to handle and his eyes practically popped out of his head. He turned to me and asked if I saw the Zebra...He soon calmed down and laughed when the Zebra turned away from us..."Zebra bum bums mommy", he laughed.

Later his view of a majestic giraffe was spoilt by another giraffe taking a poo, "sies change your bum bum" he said (yes he is obsessed with farts and butts).

Despite having the sniffles he was so happy, it was crazy. 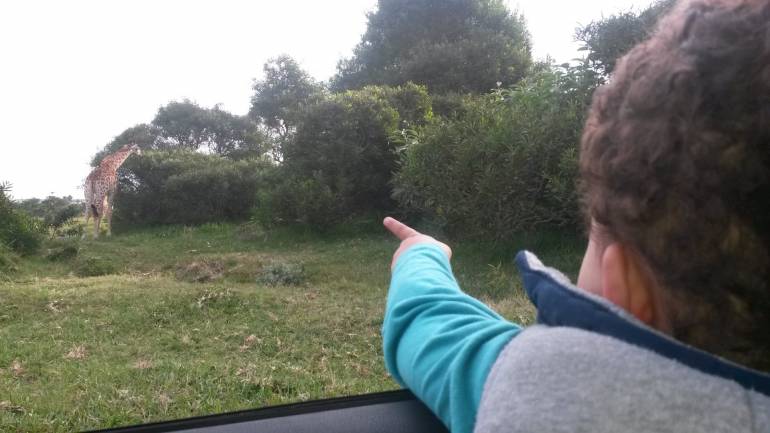 The entire family will have many amazing "show and tell" stories to share after visiting Kragga Kamma Game Park.

He told the Cheetahs that they were just big kitties and should meow and he spend most of the trip looking for rhino.

I couldn't believe how lucky we were to be able to give our son this opportunity for roughly the price of a burger and chips (R65 for adults, under 3 is free).

He still talks about how the Zebra eats grass and giraffe eats trees.