Question for Emo anyone?

Tall, Dark and Afrikaans performer Emo Adam celebrates 30 years in the music industry this year and as he makes his way to Nelson Mandela Bay, we get to join the party!

Emo later this month, will be making two stops in Bay performing at The Fairview Sports Centre as well as The Barkley Street Theatre.

The entertainer promises to finally open up about his life in his new show called 'Intimate with Emo'. 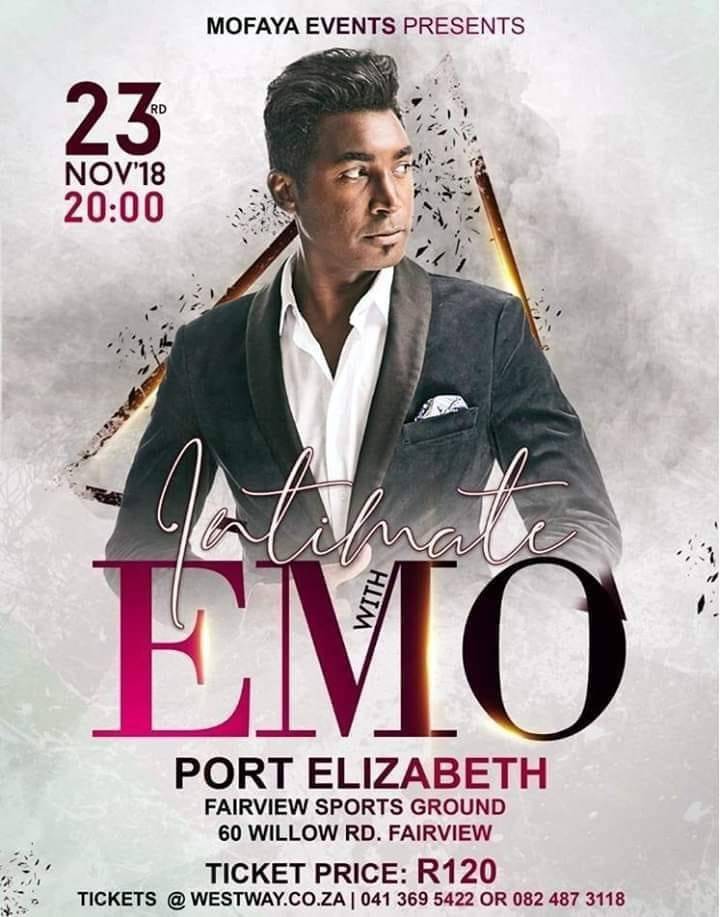 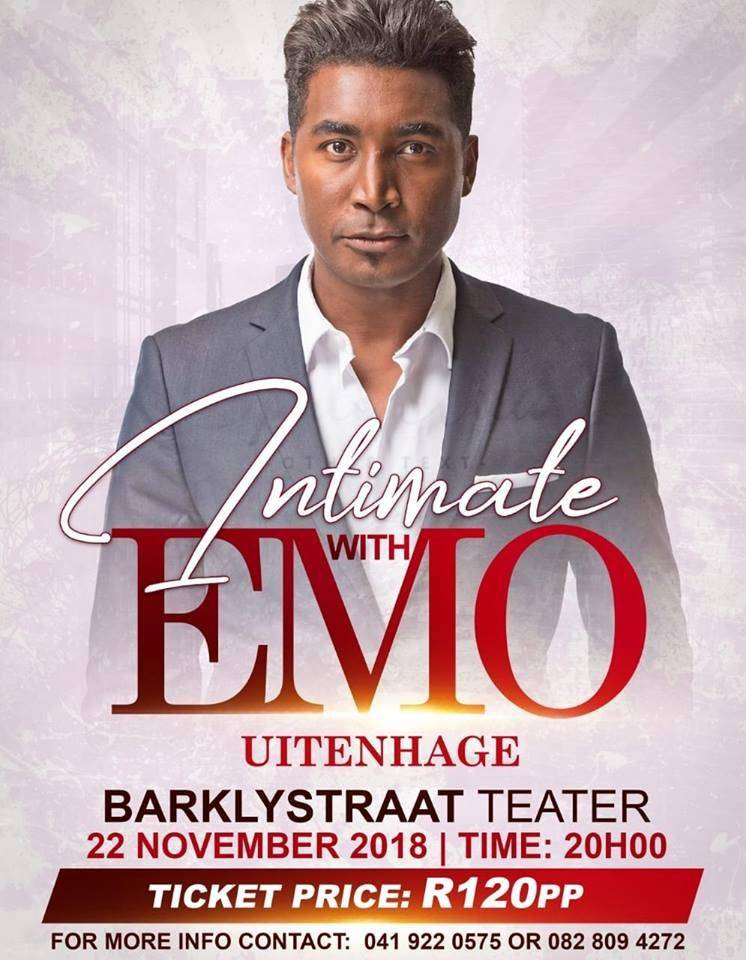 As Emo brings his unique flavour of entertainment to the Bay, the audience this time will "run the cues" throughout the show, as he includes interaction with the audience members, allowing questions and by answering some interesting and personal questions.

The performer who has been on stage since the age of nine (9) said that when they originally planned this type of show, he didn't realize that it would be such a huge success, but when the show went on tour, it was clear that there are certain things people want to know.

The performace will be based around the audience, with Emo adding in some humour, even when touching on serious issues.
The personal touches are what audiences will love the most, with the staging being arranged so, that Emo and his longtime friend and musical director, Sean de Vries, are located in the midst of the audience.

During the month of October, Emo posted to social media that he is searching for "a diamond in the rough" with the launch of his new platform #WysMyJouTalent.
The winner will be signed to his label All Star Management and also go on tour with him in 2019.
Entires closed on November 1st, but what a remarkable project!
Talent from around South Africa came flooding in, with some amazing talents and diamonds ready to be polished sending through entries.
Follow the progress of those who have submitted their talents via the hashtag #WysMyJouTalent

Emo earlier this week posted to facebook that for him, PE is "The Winning City"...

The 40 year old entertainer also anounnced this week that baby no 3 is due in 2019!
Congratulations Emo & Michelle!

Got a question for Emo?
Stiek uit!
Get up close and personal for this one night only show by booking your tickets now!

Cheers Emo!
Here's to 30 more magical years on stage and 30 more years of joyful sounds along with the most beautiful memories made!

Don't forget to #SHARETHEBAY and check out the events calendar over here!