10 Things to do with kids in and around Port Elizabeth

Port Elizabeth and the Nelson Mandela Bay Metropolitan Municipality is a fabulous place to enjoy with children – and there’s lots to do that’s inexpensive or free.

Here are 10 ideas for what to do with your kids: 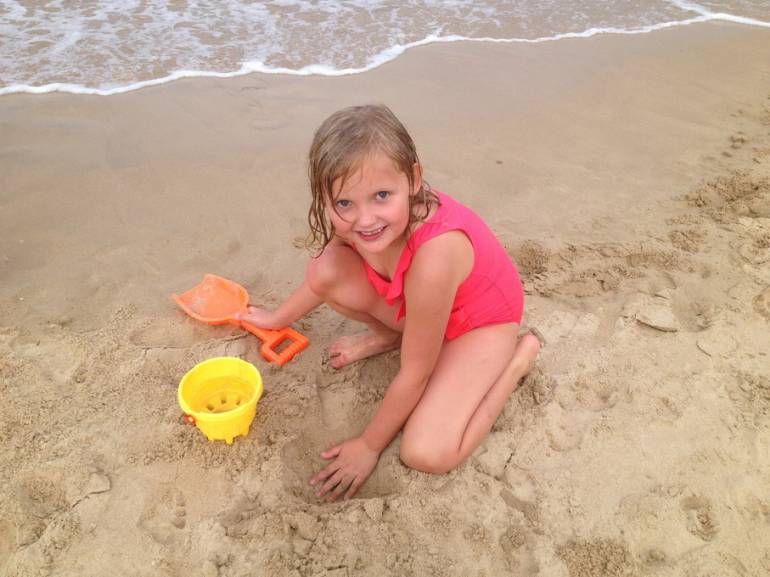 You can buy a bucket and spade between Hobie Beach and King's Beach, at the little beach shop

Port Elizabeth is world-famous for its beautiful golden beaches. King’s Beach and Hobie Beach are the most popular. Parking is easy and the walk from your car to the beach is short, even during peak holiday times in December and January – making going to the beach with kids easy.The sand is soft, plentiful and golden, so take along a bucket and spade. The water is also warm enough to swim in the warmer months (from about October to April), and there are lifeguards on duty during the day at these and many of Port Elizabeth’s other beaches.

Humewood Beach is also popular for families with small children, in particular, as there is some shade close by and a lovely, large tidal pool.

Top tip: drive a little further south past Kings (with the sea on your left-hand side), and turn left towards the sea close to the Radisson Blu hotel. You’ll find a small beach here (before you get to the longer Pollok Beach) with a lovely rock pool called Granny’s Pool, that is deep enough to jump into from the rocks when the tide is high but lovely to paddle in all day long. This spot will delight kids of all ages. 2. Slide down a supertube 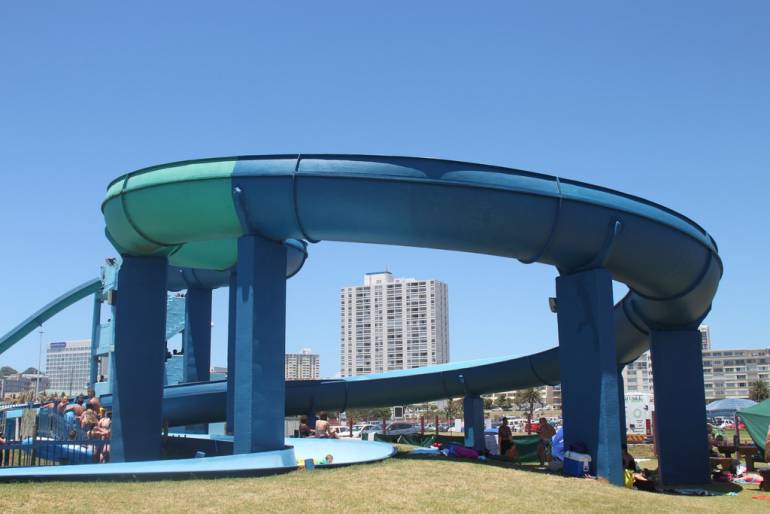 Are you brave enough to try one of the big 'supertube' slides? Your kids will be!

If it’s windy and the beach isn’t a great option, head for the “supertubes” – giant water slides in a water park adjacent to King’s Beach, officially called “Splash Waterworld”. There are both gentle rides and scary slides from which to choose so, again, this is an activity that should suit children of all ages. Lifeguards and slide attendants are on duty. The area is grassed and there’s a kiosk for ice creams and cold drinks, but you could also take your own picnic. Be sure to keep applying sunscreen. The supertubes are only open on weekends and during school holidays, weather permitting.

Top tip: go as early in the day as you can to find a spot to put down your towels and gear. In season, the supertubes are very popular and the water park can fill up very quickly. 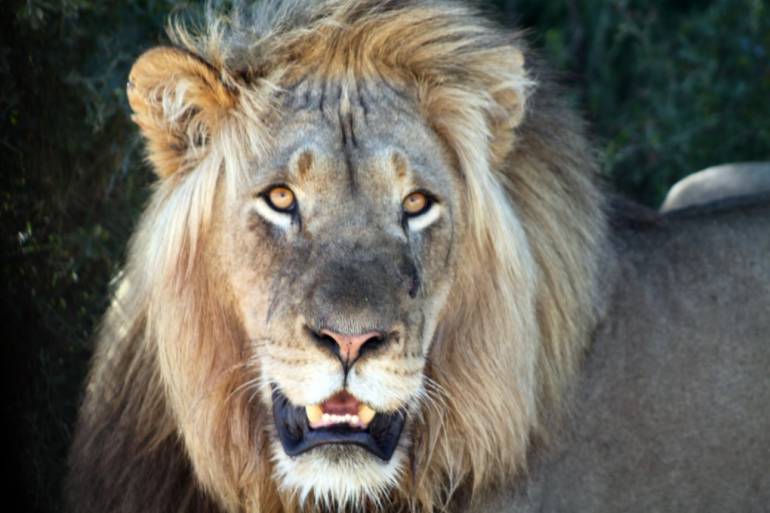 Spend a day in the bush at the Addo Elephant National Park – a drive of about 75km, or an hour or so from Port Elizabeth.

The third-biggest national park in South Africa, this is a coastal national park that is home to the “Big 7” – lion, elephant, buffalo, rhino, leopard (the “Big 5”) plus great white sharks and whales. Part of the reserve borders the ocean.

Top tip: go into the park at Main Camp (where you’ll also find a child-friendly restaurant) and drive through it, exiting at Matyholweni Gate, which will give you a lovely drive of a few hours through the park. Note: if you want to stay over, you’ll need to book as long in advance as possible. 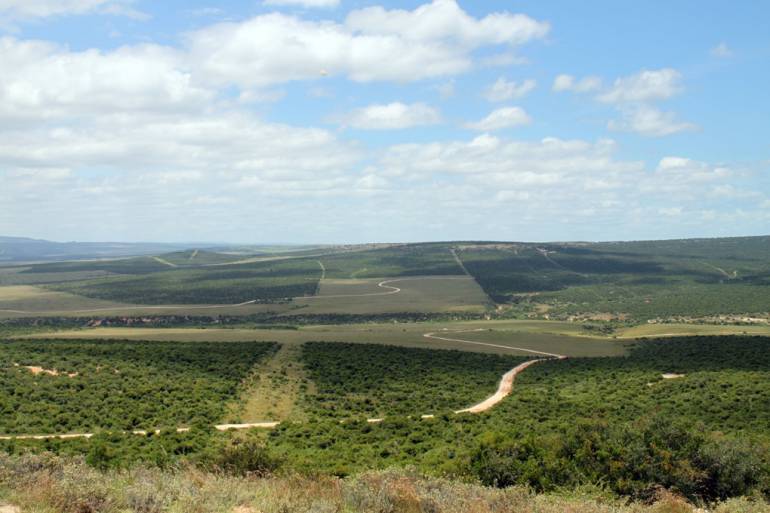 4. Take a walk along the promenade 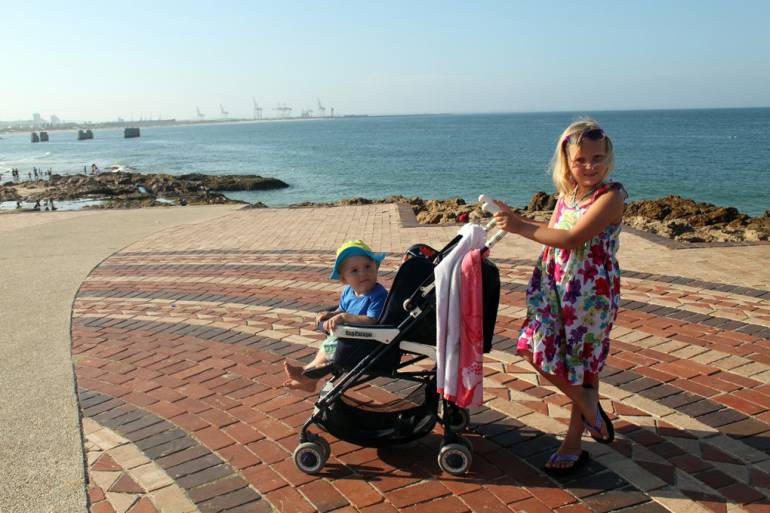 The promenade is long and flat, so is perfect for pushchairs and wheelchairs alike

The Port Elizabeth promenade is several kilometres long, and goes by the most popular beaches – Humewood Beach, Hobie Beach and King’s Beach. It’s wheelchair- and pram-friendly, so is a great place to walk for grandparents and grandkids. Look out for the World War I memorial in the shape of a soldier’s helmet near Humewood (you can park near here and walk if you like, or further along, near King’s Beach).

Top tip: this walk is good at any time, but is especially lovely in the early morning and evening. 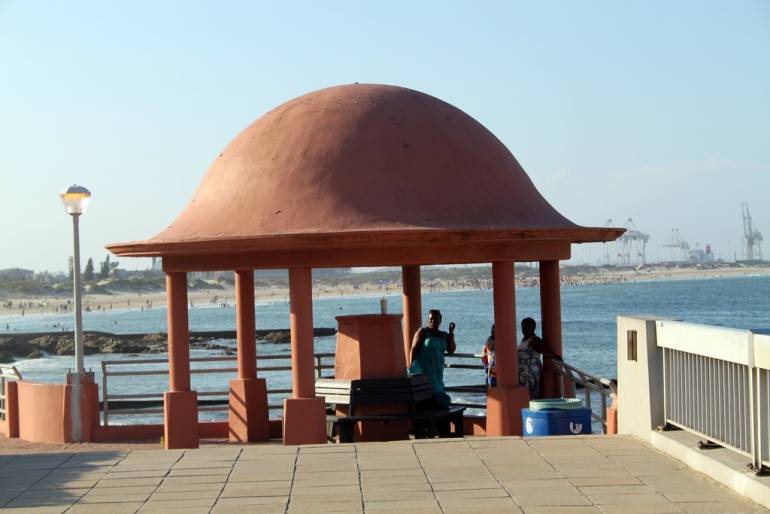 The World War I memorial along the promenade

Buy a soft-serve ice cream at The Windmill (they’re delicious and inexpensive), between Hobie Beach and King’s Beach, and enjoy it while looking out over the sea – or walk to the end of the pier and have it there.

Top tip: if it’s a hot day, ask for your ice creams in cups rather than cones, they don’t melt and leave very sticky hands.

6. Go to a rugby, soccer or cricket game 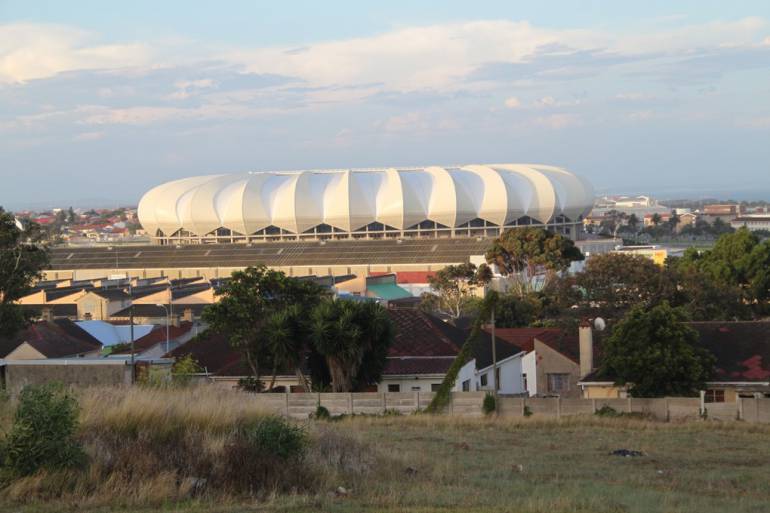 St George’s Park is a famous and historic cricket ground, where back in 1888-89, the first Test cricket match outside England or Australia was played (England beat South Africa convincingly). The atmosphere here is festive and great for kids, with a local band often playing at matches. If you’re lucky enough to get the chance to see an international game here and the Proteas in action, grab it – but the local cricket team, Eastern Province, is also well worth supporting.

If there’s no cricket on, how about going to a rugby or soccer game in Port Elizabeth’s impressive Nelson Mandela Bay Stadium? Built for the 2010 World Cup, the field was designed to accommodate both soccer (the national team, Bafana Bafana, sometimes plays here) and rugby (this happens here more often). The stadium is the home ground of the Southern Kings rugby side, also sometimes known as the Eastern Province Kings. It seats 45 000 people, and offers spectacular views overlooking North End Lake. This venue also sometimes hosts special events such as concerts.You could also explore it by doing a tour – tours are held on Mondays, Wednesdays and Fridays between 11am and 3pm.

Top tip: several items are prohibited at both St George’s Park and the Nelson Mandela Bay Stadium, including cans, large flags and umbrellas. Check the stadiums’ websites for more information.

For tours, call or email tours@accessmanagement.co.za

7. Have a game of mini-golf or ride on a carousel 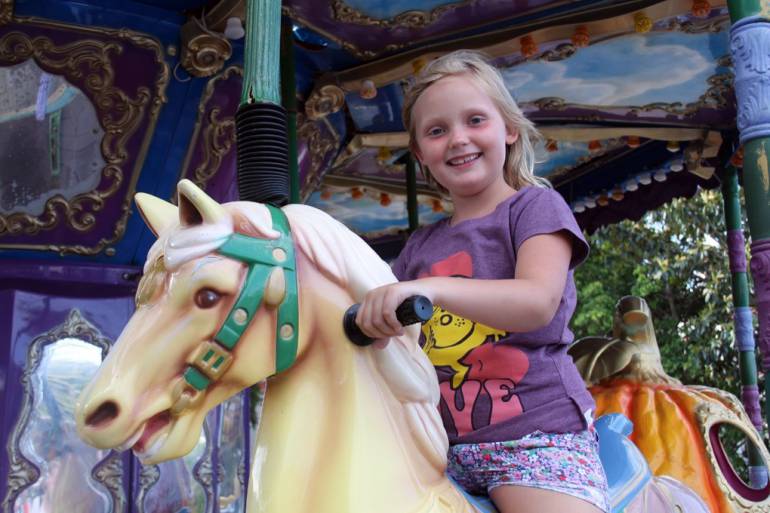 The Boardwalk on Beach Road is Port Elizabeth’s biggest entertainment complex. You’ll find loads to do here with kids – there’s a great mini-golf course (also known as putt-putt), with an adventure theme. Older kids will love this, while younger ones will want to go on the carousel again and again.

Top tip: this is a good option when it’s windy, when you want to avoid the beach. The early evening is an especially lovely time. You can stroll around the Boardwalk and have something to eat at one of the many restaurants from which to choose. There’s also a hotel here. 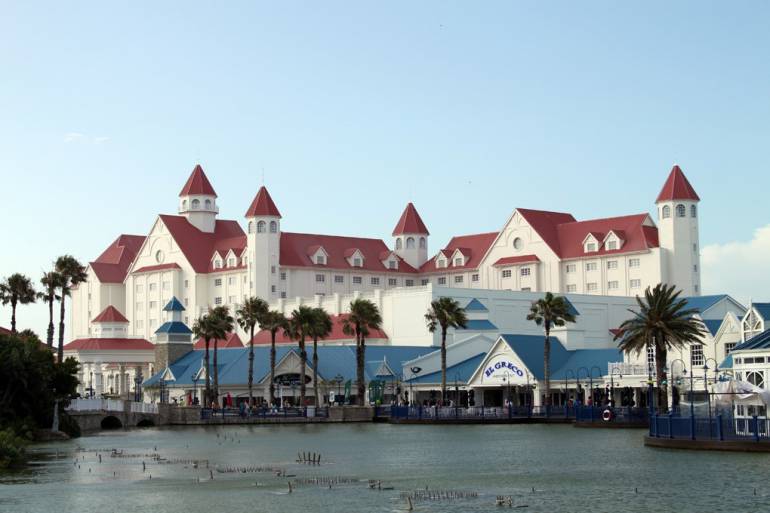 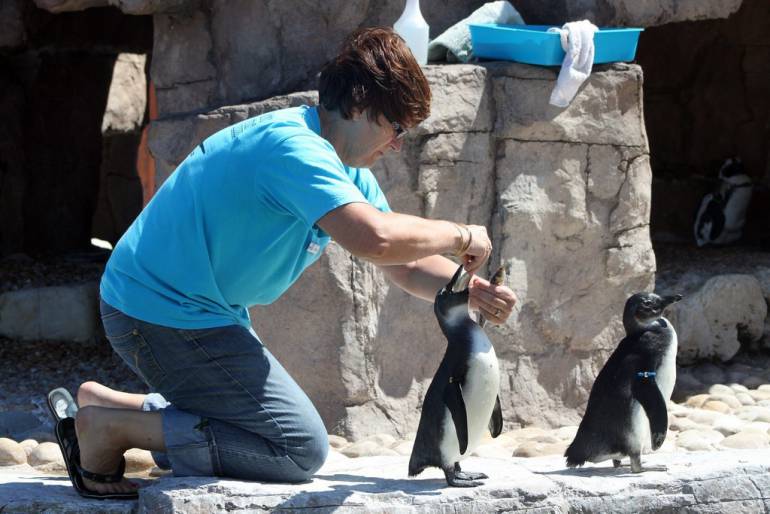 A highlight for any child will be a visit to the South African Marine Rehabilitation and Education Centre (Samrec) in the Cape Recife Nature Reserve. Samrec’s mission is to rescue and rehabilitate injured and sick seabirds, including African penguins, which are an endangered species, as well as to educate people about these birds and their environment.

The centre is open daily from 9.30am to 3.30pm, except between Christmas and New Year. Kids can get fairly close to birds such as gannets and penguins, and there is a small educational centre to explore. 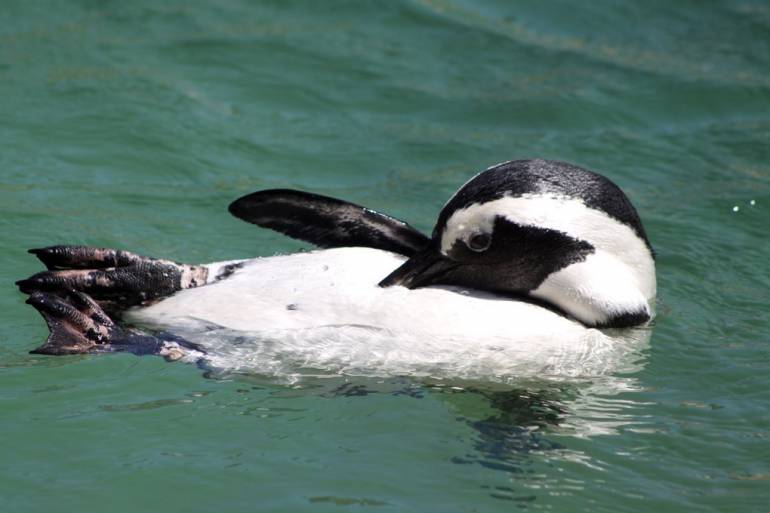 Samrec is home to several injured African penguins, which are an endangered species

The coastline along the Sacramento Trail

One of the nicest places to hike (if your kids are a bit older) is along the 8km Sacramento Trail near the small village of Schoenmakerskop, which is about 20km south of Port Elizabeth. At the start of the trail, you’ll see a large cannon from the Sacramento, a Portuguese galleon that was wrecked here in 1647. The trail is located inside the Sardinia Bay Marine and Nature Reserve, and the coastline here is spectacular.

Top tip: pack a picnic and enjoy it somewhere along the trail, or at the end. 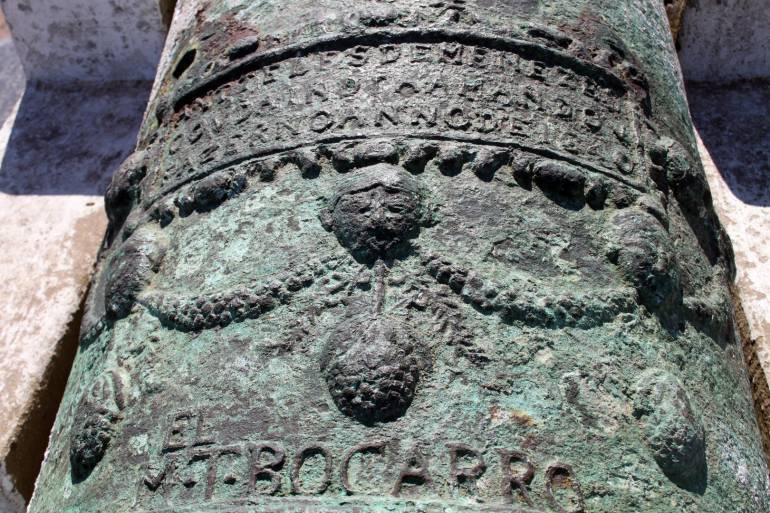 Detail on the cannon from the Sacramento 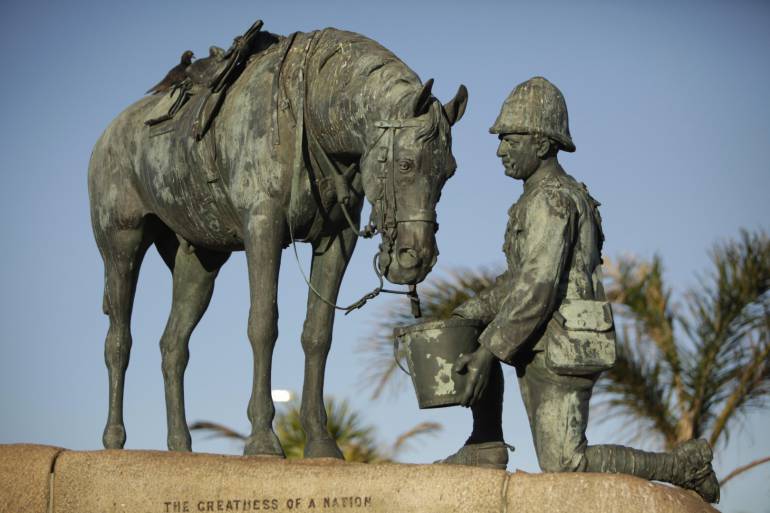 The Horse Memorial in Cape Road

One of South Africa’s oldest cities, Port Elizabeth has many historic memorials and museums, including the Port Elizabeth Museum (alongside the beachfront), the South End Museum, the Red Location Museum (in the heart of New Brighton township) and the Donkin Reserve memorial, named after Sir Rufane Donkin, the British governor at the Cape when the 1820 Settlers arrived. Donkin changed the name of the town from Algoa Bay to Port Elizabeth, after his late wife. An unusual monument near to St George’s Park in Cape Road is the Horse Memorial, erected to honour the horses that died in the South African War (also called the Anglo-Boer War).

The memorial is engraved with the words: “The greatness of a nation consists not so much in the number of its peoples or the extent of its territories but in its compassion.”

Top tip: the Donkin Reserve memorial, adjacent to the sea and just north of Port Elizabeth’s most popular beaches, is free and accessible. Here you’ll find a stone pyramid in honour of Elizabeth Donkin, South Africa’s tallest flagpole and largest South African flag, the “Voting Line” sculpture, which captures the freedom and celebration of people who voted in South Africa’s first democratic elections in 1994, and a lighthouse built in 1861, which you can climb to the top of (there is a small charge for this).