A Whale of a Time in the Bay

Nelson Mandela Bay is home to three blue flag beaches and is also proudly known as the bottlenose dolphin capital; according to research done in the nineties by Dr Vic Cockcroft, the Bay is home to approximately 20 000 dolphins but a later study revealed that there are close to 30 000 individuals.

But that’s not where the Bay’s marine life stops.

The water of Algoa Bay welcomes back the humpback whales year after year as they move along our coastline, up the East coast of Africa, towards their breeding grounds. There’s also the endangered African penguin and St Croix Iisland is home to the largest African penguin colony in the world.  And of course, let’s not forget the Cape fur seal, marine birds like the Cape Gannet, all the sharks and other whale species such as the Southern Right Whale and Bryde’s Whale.

There are plenty of fish in the sea and there’s a lot going on in the Bay’s water, so why not go explore and have a whale of time in the Bay with these tour operators?

Raggy Charters has become synonymous with Port Elizabeth over the years and is the oldest marine eco tour company, since 1992, combined with a conservation project in Africa. Due to the experience behind their name, their unique tours and conservation efforts, Raggy Charters is known as one of the best marine adventures in South Africa and also recently obtained the rights to a permit for Shark Cage Diving in Port Elizabeth. Raggy Charters’ whale watching permit can get you as close as 50 metres to the animals.

While AB Marine obtained their whale watching permit in 2017 (which allows the boat to observe the animals from a distance of 50 metres), the company boasts experience in marine tourism stretching back to 1999 and combine social involvement, training and world class dolphin and whale watching to new levels in the Bay.

Stampede Cruises offers a unique boating experience combining a deep love of nature and conservation. Their cruises in Algoa Bay offer visitors a relaxed and fun experience with a touch of adventure, exploration and discovery. Stampede Cruises is allowed to observe whales from a distance of 300 meters.

There are 4 to choose from ranging from R250 to R750 per person: Oyster Cruise, Nearby Island Cruise, Waterfront Cruise.

Pro Dive is a PADI 5 Star Career Development Centre and offers a wide range of underwater programs – diving and snorkeling – and also the opportunity to go sea kayaking. Sea kayaking is a relaxing way to enjoy the ocean (no experience necessary as the kayaks are easy to use and very stable); the guided excursion starts from Hobie Beach and lasts about 90 minutes.

There is one boat-based experience to choose from starting at R295 per person: Sea Kayaking.

While land-based whale watching is not common in Nelson Mandela Bay, we are no stranger to land-based dolphin watching. Take a walk on Shark Rock Pier or grab a meal and a drink at one of Port Elizabeth’s restaurants situated along the coast to observe the playful dolphins.

You can also visit SANCCOB (previously SAMREC) – a marine bird rehabilitation and education centre situated in Cape Recife Nature Reserve – to learn more about the endangered African penguins. While there are permanent penguin residents at the centre that won’t be able to fend for themselves in the ocean anymore, SANCCOB’s main goal is to rescue, rehabilitate and release. Don’t miss out on seeing penguins being released back into the ocean after successful rehabilitation; keep an eye on SANCCOB’s Facebook Events Page.

Do Your Part for Ocean Conservation

A lot of the above-mentioned tour operators and places such as SANCCOB play a significant role in ocean conservation; proceeds from some of the boat tours support various conservation projects and entrance fees at SANCCOB goes towards feeding the marine birds. As a registered non-profit organisation, funds raise at and for SANCCOB and initiatives such as the “adopt” a penguin” all go towards SANCCOB’s rehabilitation and conservation work in aid of the endangered African penguin and other seabirds.

Here are some other non-financial ways in which you can do your part for ocean conservation: 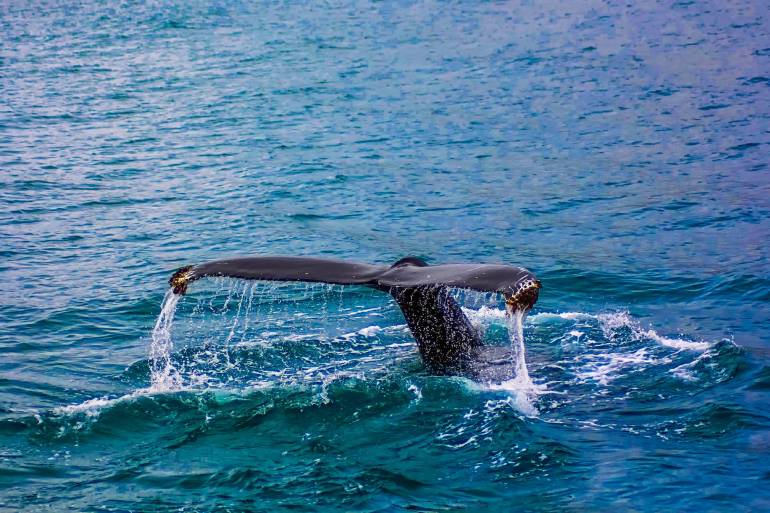 Related
Marine Month: The Ocean Needs You Ocean conservation and adventures in the Bay Riding the Waves at Oceanside Surf Store- Port Elizabeth 10 Things to do at the Bay’s 3 Blue Flag Beaches Enjoy a beach Day in Nelson Mandela Bay
blog comments powered by Disqus