The art scene in Nelson Mandela Bay (Port Elizabeth, Uitenhage and Despatch) is gaining momentum – Route 67 has captured the imagination of many, showcasing thought-provoking works by local artists, including 4 Blind Mice. 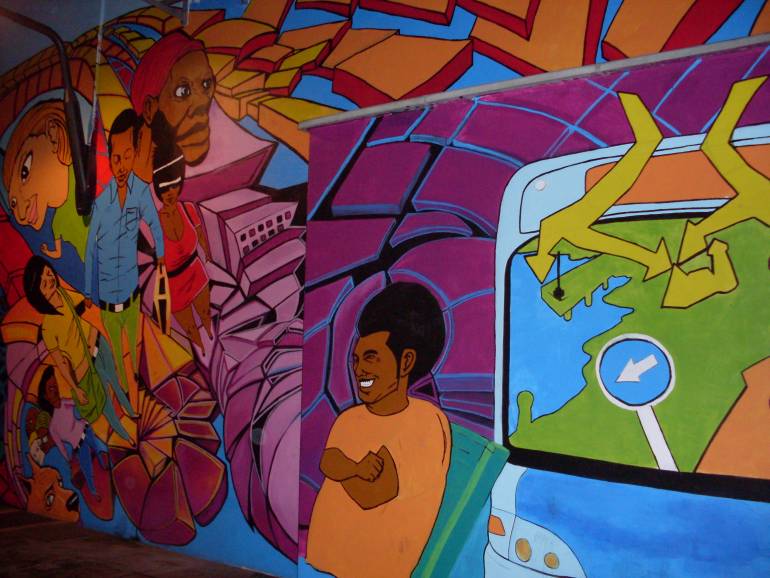 Route 67 is part of the Mandela Bay Development Agency's strategy of urban regeneration. Route 67 consists of 67 public artworks symbolising Nelson Mandela’s 67 years of service to the freedom of South Africa.

The 4 Blind Mice were commissioned to paint a mural at the Norwich bus stop. Their installation is a brightly coloured work celebrating public transport and the daily journeys that happen each day in Nelson Mandela Bay. 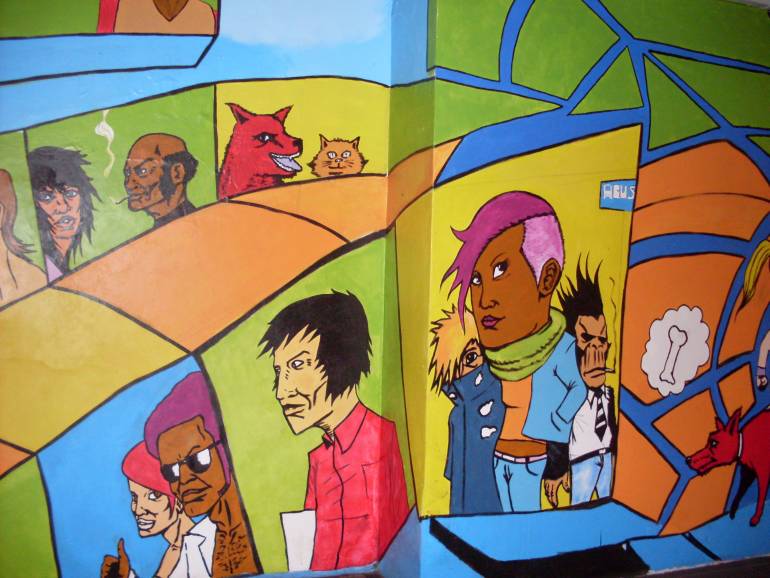 The 4 Blind Mice are a group of five artists who studied at the Nelson Mandela Metropolitan University (NMMU). Initially called the Three Musketeers by others, Monde Goniwe, Christo Booth and Mawande Mase shared studio space in NMMU’s printmaking department.

They call themselves the 4 Blind Mice because they did not like the Three Musketeers tag given to them. “We thought mice was a better description but, instead of three we went with four, with the idea of growing our crew,” says Booth. Andy Higgins and Ryan Allan now round off the group. 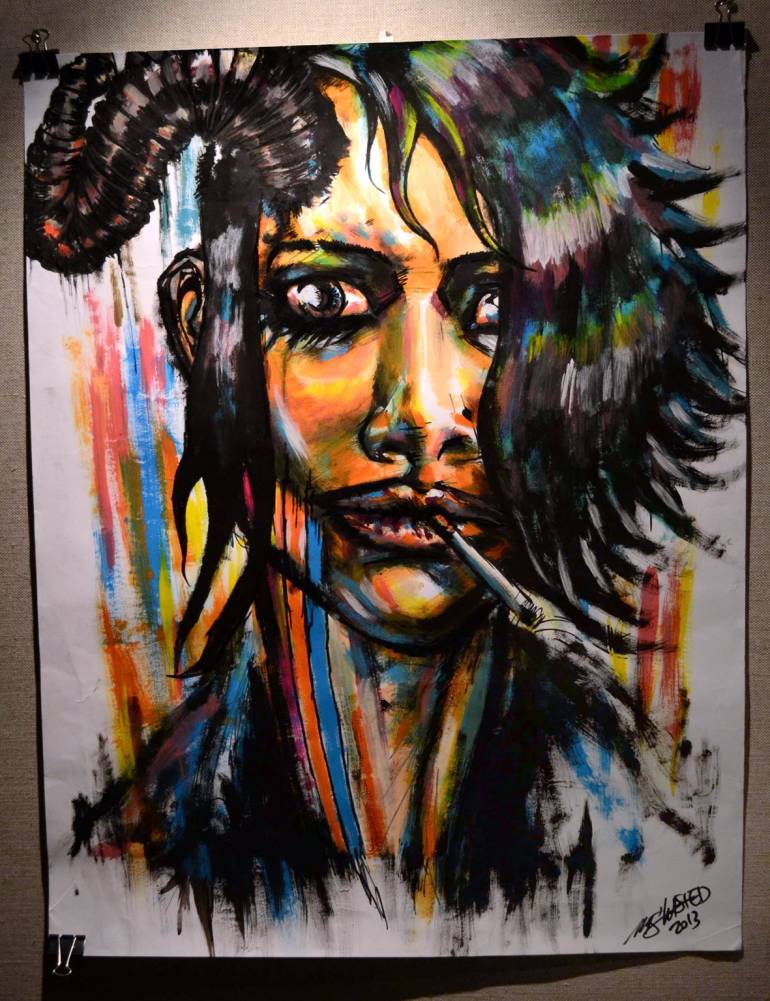 Art has become increasingly popular in Nelson Mandela Bay and they say public art seems to be an area that holds promise for Port Elizabeth and its surrounds.

“There have been a number of large permanent pieces commissioned as part of the Route 67 development and inner-city renewal, but there could be a lot more. We also have some great public spaces for performances or temporary interventions, so that is something we think should be explored,” Allan says. 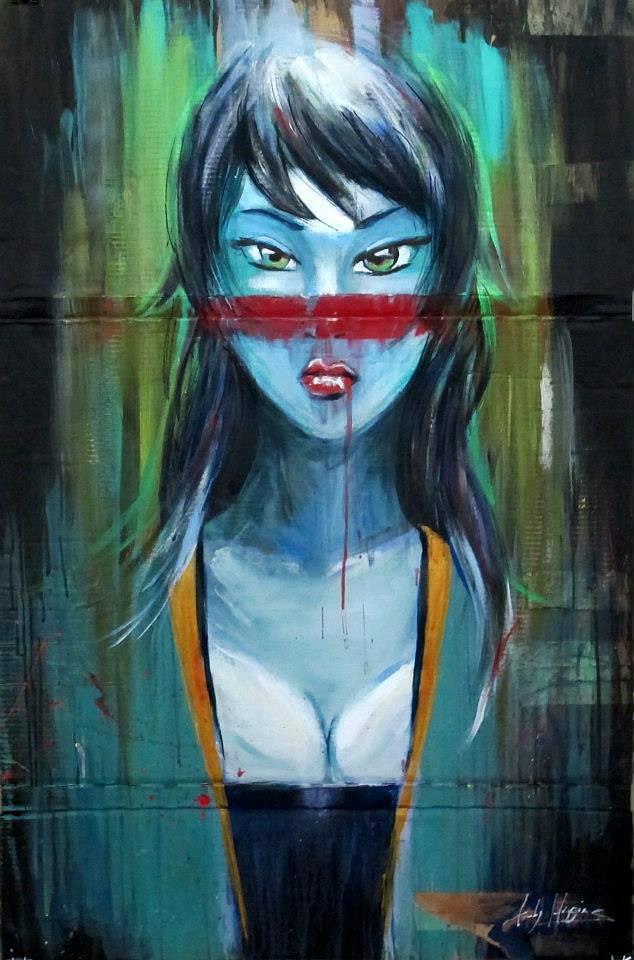 The 4 Blind Mice don’t have a permanent gallery, but they welcome people at their studio at ArtEC, a small gallery and community arts centre in Central.

While the art scene is growing, it is still a tough market. But the 4 Blind Mice say they are seeing interesting collaborations with artists across different fields. “This draws in increasingly diverse crowds and greater support," Goniwe says. 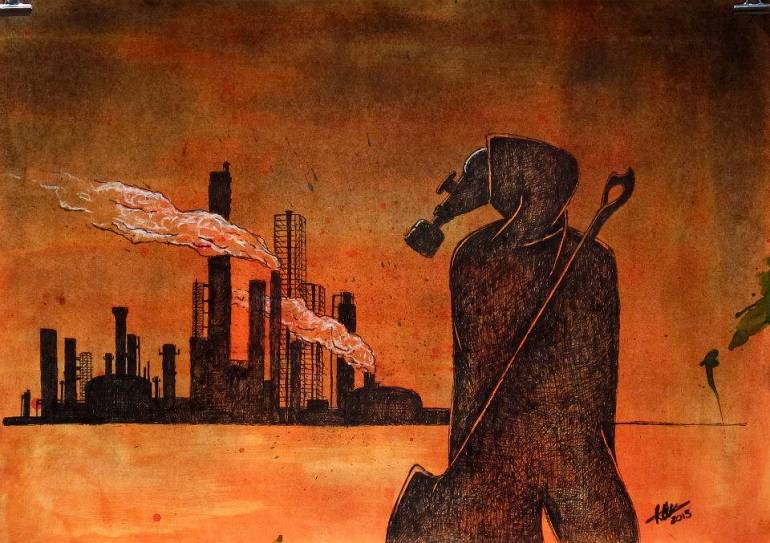 The group says the Nelson Mandela Bay art scene has a lot of potential.

"The market, regardless of what form of art you're working in, is tough though, so, individually, each art form struggles to grow. But what we're seeing now are some interesting collaborations with artists across different fields, drawing in more diverse crowds and greater support. There's potential for those collaborations to go much further, and I think we'll be seeing that quite soon," Booth says. 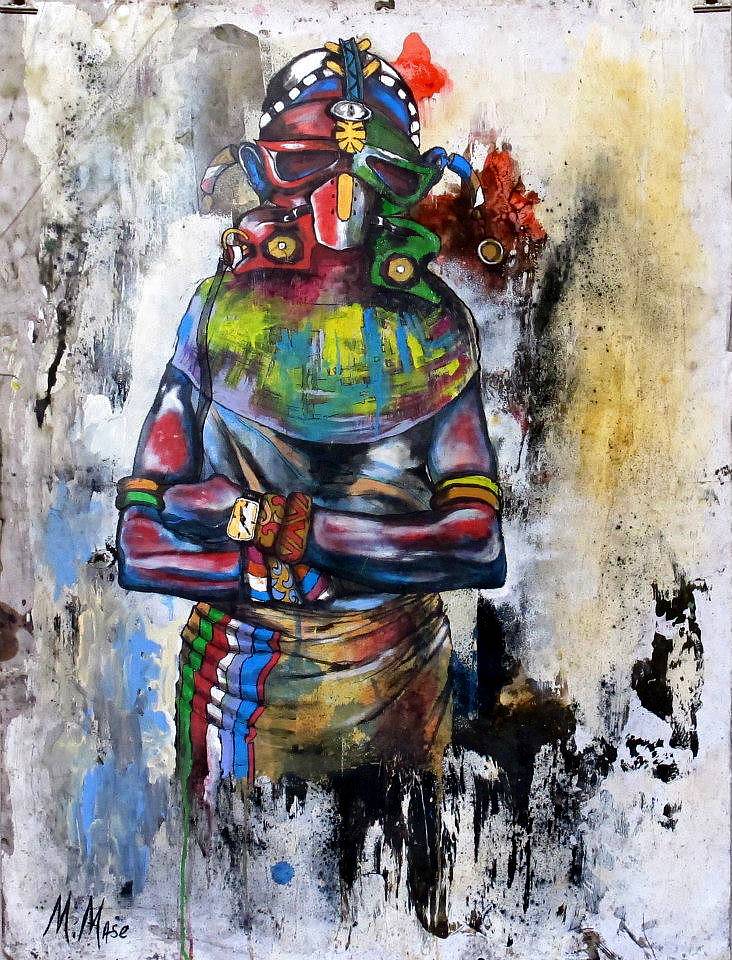 Mase says most of their work has been sold in Port Elizabeth and Johannesburg – "though we recently had some small works sold in New York as part of an auction raising funds for the Artworks For Youth project".

In the interim the group is supporting as many artists as it can by attending shows, performances and events, and spreading the word. There is also a collaboration with the Artworks for Youth project, who are seen as the city's next generation of artists.

Booth says public art is becoming more important. "Galleries have a limited reach, so, for artists, public art allows a much larger audience to be exposed to their work. It also goes a long way to improving people's experience of the city, whether they're locals or tourists, bringing some colour into public spaces and making them more pleasant to interact with."

The 4 Blind Mice are convinced that Nelson Mandela Bay is a hidden art gem, saying people will be surprised by the quality of the work being produced here.

Says Booth: "There are one or two more new commercial-type spaces in terms of galleries at the moment, and the mental shift of 'Ah, this is just PE [Port Elizabeth]', is slowly but surely fading. The creative mindset is to always improve on what has come before, and we feel at the moment younger artists here are feeding off each other. In our own way we are all responsible to make that shift to make art of whatever form important to our wider audience." 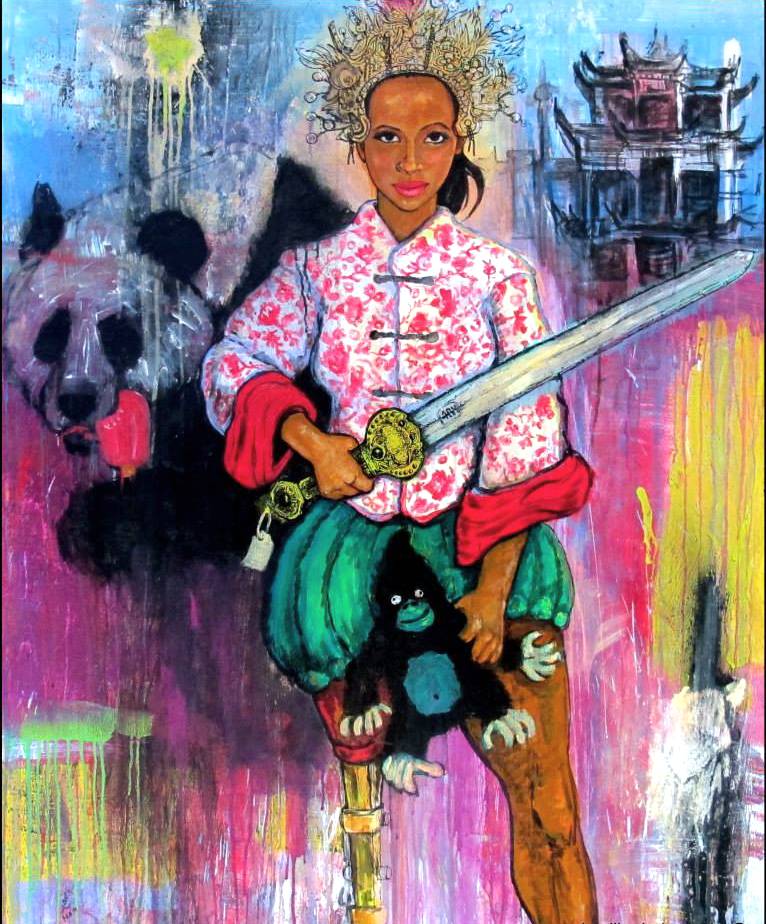 The 4 Blind Mice say that the great thing about Nelson Mandela Bay is that it is something of a blank canvas; there is plenty of room to try out new ideas. "New ideas here, though, take a while to really take root, but we think with artists here looking to collaborate more closely with one another, you can definitely expect to see some cool things coming out soon."

The paintings reproduced here were for their Journey Through Istanbul exhibition at the GFI Gallery (then the Ron Belling Gallery).