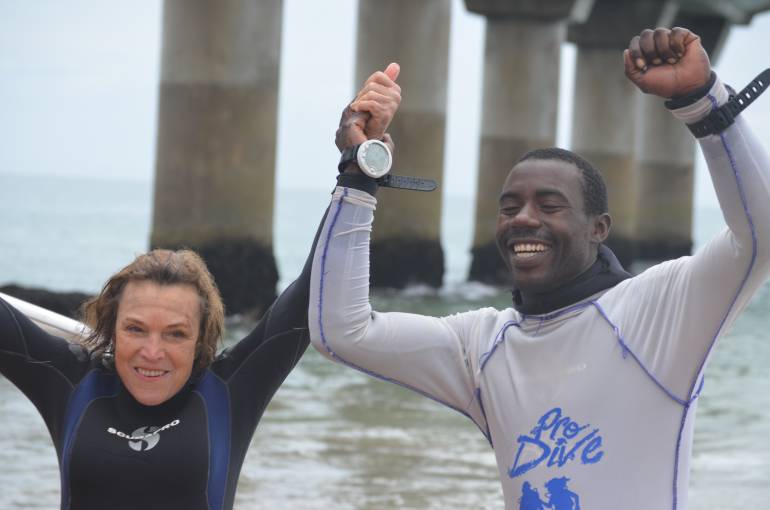 Dr Sylvia Earle emerges from the water after her dive in Algoa Bay during the launch of the Algoa Bay Hope Spot. Photo courtesy of Nelson Mandela Bay Tourism

Hope Spots are special locations deemed critical to the health of the ocean and deserving of our protection. Although 12% of land around the world is protected, less than 3% of our oceans are. Mission Blue is committed to changing this status by establishing Hope Spots at critical marine locations around the world.

The Algoa Bay Hope Spot is one of six initial Hope Spots identified along the coastline of South Africa. The others are: Aliwal Shoal, Cape Whale Coast, False Bay, Knysna and Plettenberg Bay.

These Hope Spots will join others scattered around the globe to create a network of global marine protected areas in an aim to save and restore the earth’s oceans – the “blue heart” of our planet.

Algoa Bay was chosen for its rich marine biodiversity. Situated at the conjuncture of two major oceanic systems, the warm Agulhas current and the upwelling current of the cold Benguela, the bay provides the ideal conditions for supporting two different ecosystems.

The islands in the bay are home to large numbers of marine birds, including more than half the global population of endangered African penguins, the largest breeding colony of Cape gannets on the planet and the rare winter-breeding roseate tern. 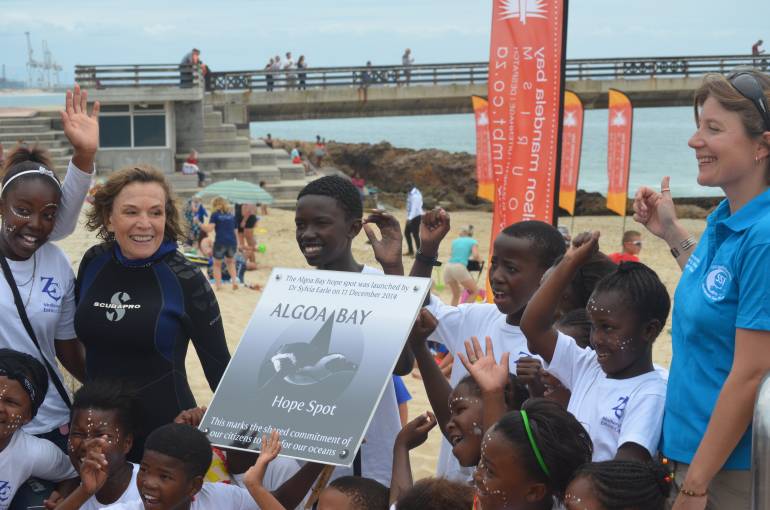 The bay itself is a refuge for endangered great white sharks, hammerheads and ragged-tooth sharks. Southern right whales use the protected bay to calve, while dolphin pods and gannets make the most of the annual migration of millions of sardines. Other shark species found here include pyjama and leopard sharks.

The rationale behind the creation of South Africa’s Hope Spots is to involve the public, especially children, clubs, societies and NGOs, to collaborate with authorities to make their spots places of fun, hope, education, conservation, tourism and sustainable angling.

The Hope Spot Initiative South Africa – Ikhaya lethemba (the home of hope) – aims to harness the power of people by involving them.

Nelson Mandela Bay is way ahead of the curve in this regard. Due to its large penguin numbers, the South Africa Marine Rehabilitation and Education Centre (SAMREC) was founded in 2000 to care for sick or injured penguins (and other seabirds). 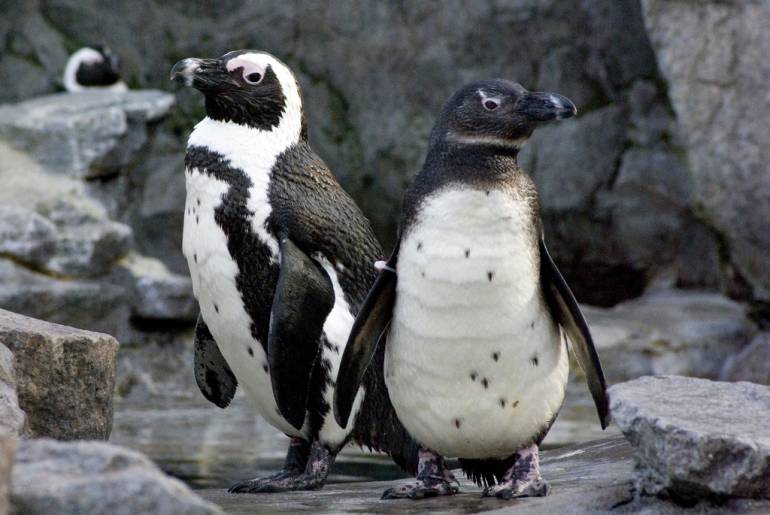 Bayworld staff members have also been involved in caring for a breeding population of African penguins and assisting in vital research to help save the species.

Due to an alarming drop in penguin numbers, Nelson Mandela Bay Tourism and Raggy Charters will be launching the Penguin Patrol as a means of introducing tourists and locals to penguins, and informing them about the need for protecting the birds and their habitat.

The patrol includes a morning boat cruise to St Croix Island with Raggy Charters, followed by a tour of SAMREC and a seal and penguin presentation at Bayworld.

Money generated from the Penguin Patrol will help fund penguin research and rehabilitation projects, which dovetails perfectly with the aims of the newly created Algoa Bay Hope Spot.