SAMREC – The Bay’s Waddle of Hope

If you are looking for the ultimate feel good pick-me-up in Port Elizabeth make your way down to Cape Recife Nature Reserve and waddle over to SAMREC, Nelson Mandela Bay’s Mother Theresa for marine birds. 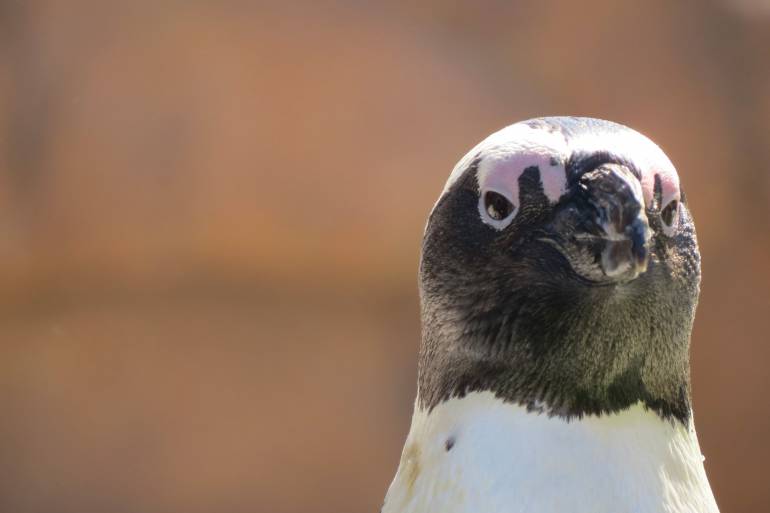 One of SAMREC's permanent residents.

SAMREC is a marine rehabilitation and education centre where visitors can get a glimpse into the life of the African Penguin.

Knowledgeable volunteers guide you through the centre with insightful facts and shocking truths. The discovery centre at SAMREC is filled with educational bits and pieces from the ocean; where museums usually warn ‘don’t touch’, SAMREC invites and encourages you to ‘please touch’.  It is here in the education centre where the reality of the African Penguin’s future shouts endangered. It is here in the education centre where you see what happened to St. Croix island in the last decade; how global warming, pollution and commercial overfishing have impacted the African Penguin to such an extent that, in about one decade, the numbers went from an impressive 60 000 to 22 000. 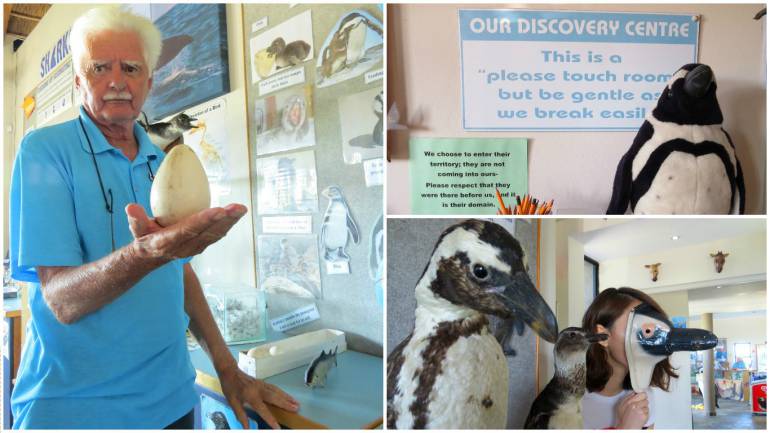 The education and discovery centre at SAMREC where visitors are encouraged to touch the displays.

The education centre’s insightful facts and shocking truths lead you through the lump in your throat to the ultimate pick-me-up outside where penguins in white and black tuxedos waddle around and blue-eyed Cape Gannets lift their broken wings. 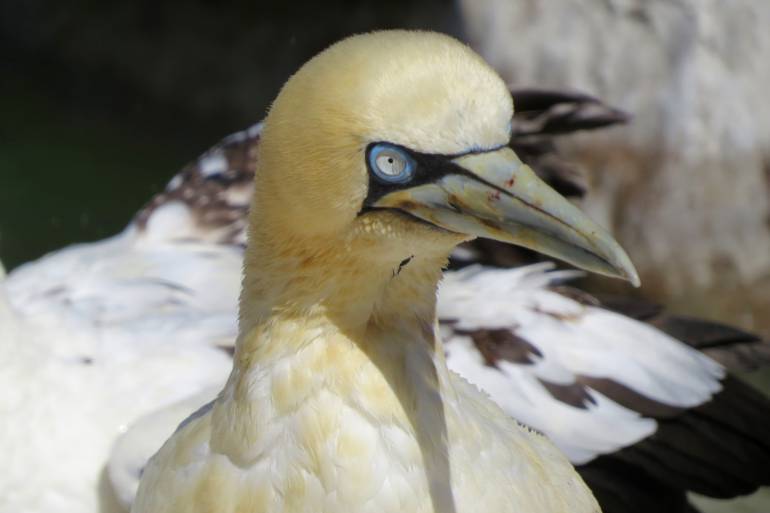 SAMREC is also the home of a few Cape Gannets. 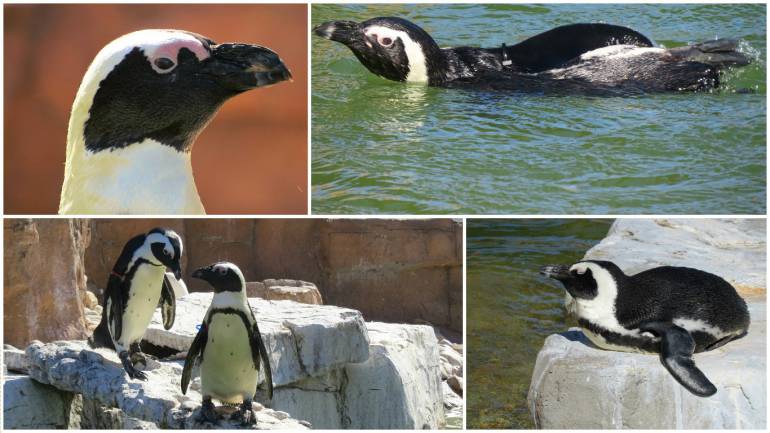 For some penguins SAMREC is home, for others penguins it is a temporary stop before they return home.

SAMREC has released 9 penguins in 2016 already. 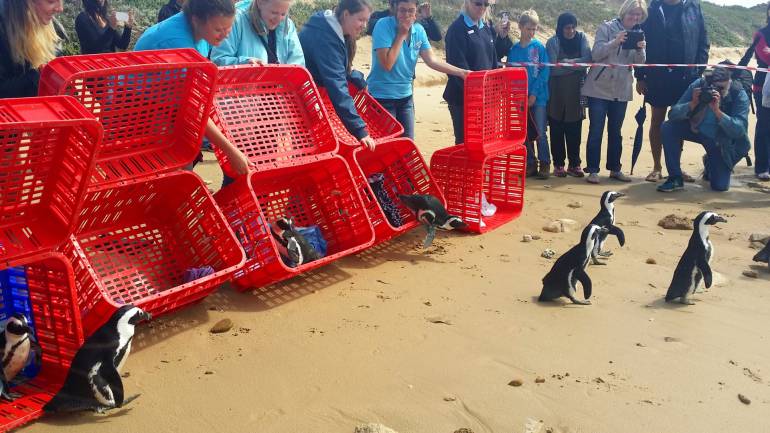 Volunteers from all walks of life offer their time, dedication and expertise. 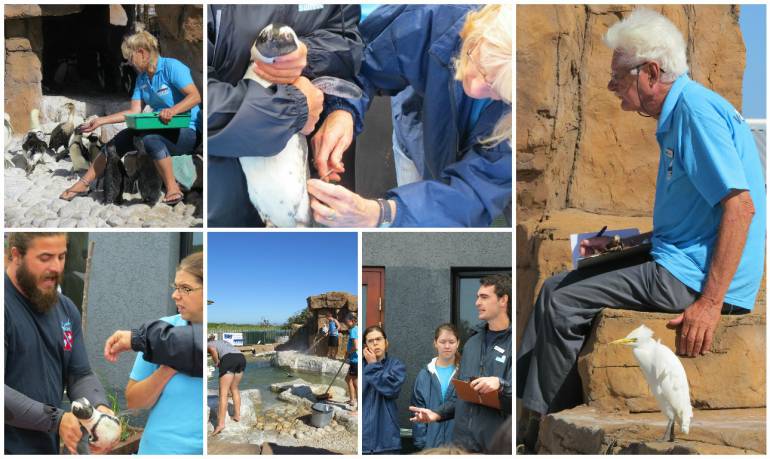 SAMREC is a favourite for many Port Elizabethans. Ocean lovers from all over South Africa and the world have pinned their hometown on the map; marine enthusiasts from near and far have helped, small businesses have donated, schools have made contributions and companies have sponsored. 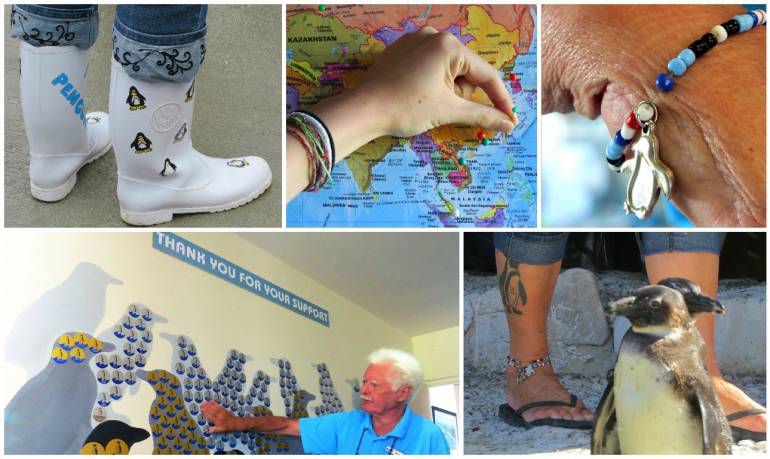 The goal is rehabilitation.

The idea is education.

The concern is the African Penguin.

And the deadline is now.

You Can Make a Difference

You can support SAMREC by visiting the centre, adopting a penguin, sponsoring food for a day, attending their full moon walks, volunteering, donating and helping them with their wish list.

Every bit helps and every bit counts when it comes to the African Penguin.

SAMREC is open daily from 09h30 to 15h30 and situated in the Cape Recife Nature Reserve, a few hundred meters from the Pine Lodge Resort. The entrance fee is R30 for adults and R20 for children.

“It is practically impossible to look at a penguin and feel angry” – Joel Moore.

A group of 15 South African Travel Bloggers adopted a penguin and named her, Pax. Pax means peace, quiet and tranquility. Though the world may not be a peaceful place, the name Pax reflects a hope that there are good times in the future.