The Kindred Kitchen is the first plant based eatery to establish itself in the Bay and after paying them a visit you’ll understand exactly why the people of Nelson Mandela Bay are singing its praises.

Vegetarian and vegan are two words people hear more often than ever before. As consumers grow more aware of their impact on the environment, more people are making the jump to plant based living or at the very least, participating in initiatives like “no meat Monday” or becoming aware of exactly where their meat is sourced from. The transition to a plant based diet can be a daunting one, but the Kindred Kitchen is proving one scrumptious meal at a time that not only can it be done, but that it can be a delicious, feel-good journey too.

The food at Kindred Kitchen, is a bit of a brain teaser with lots of familiar favourites – the full English breakfast, omelette, spaghetti and meat balls, burgers, only they’re not the familiar favourites at all, with no meat or animal by-products,  a lot of creative thinking has gone into developing a menu that’s familiar yet inspired.

A Big Breakfast would seem to be the replacement for the full English Breakfast - Potato rostis, stuffed brown mushroom, grilled aubergine, avo (when in season), slow cooked tomatoes, house made baked bean served with rocket and toast. Perfect Saturday treat for any athlete. 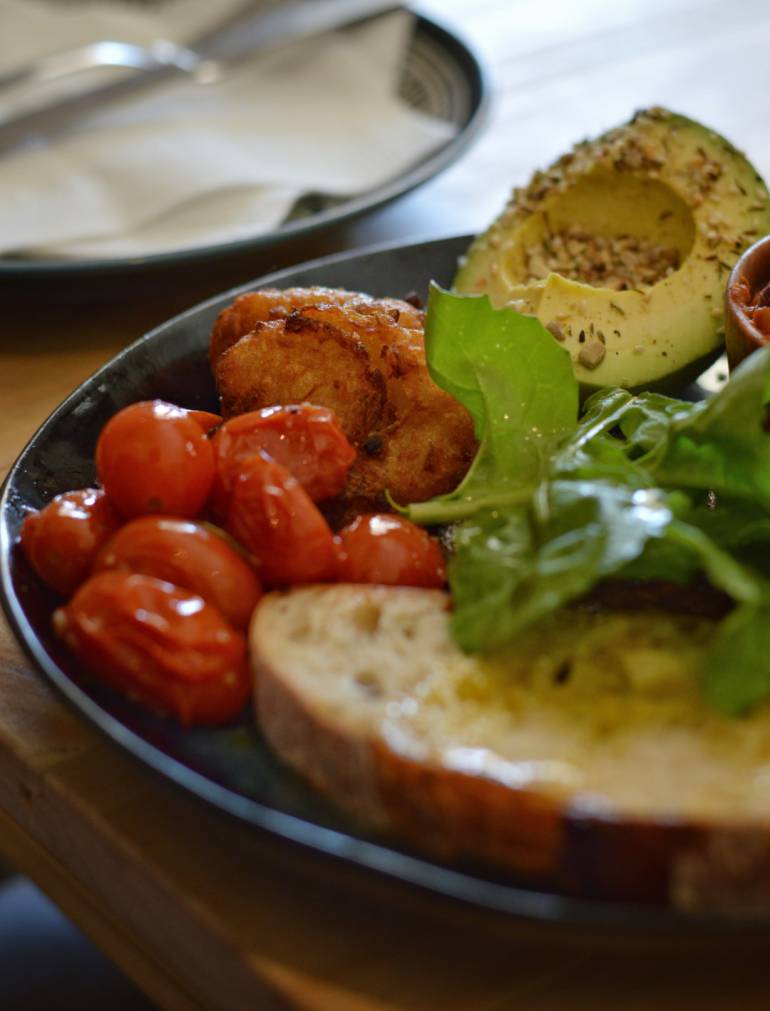 Buckwheat and Beetroot pancake, which resembles an omelette more than a pancake, but is filled with butterbean hummus, slow cooked mushrooms, onions, rocket and sprouts. This meal is sure to keep you coming back for more. 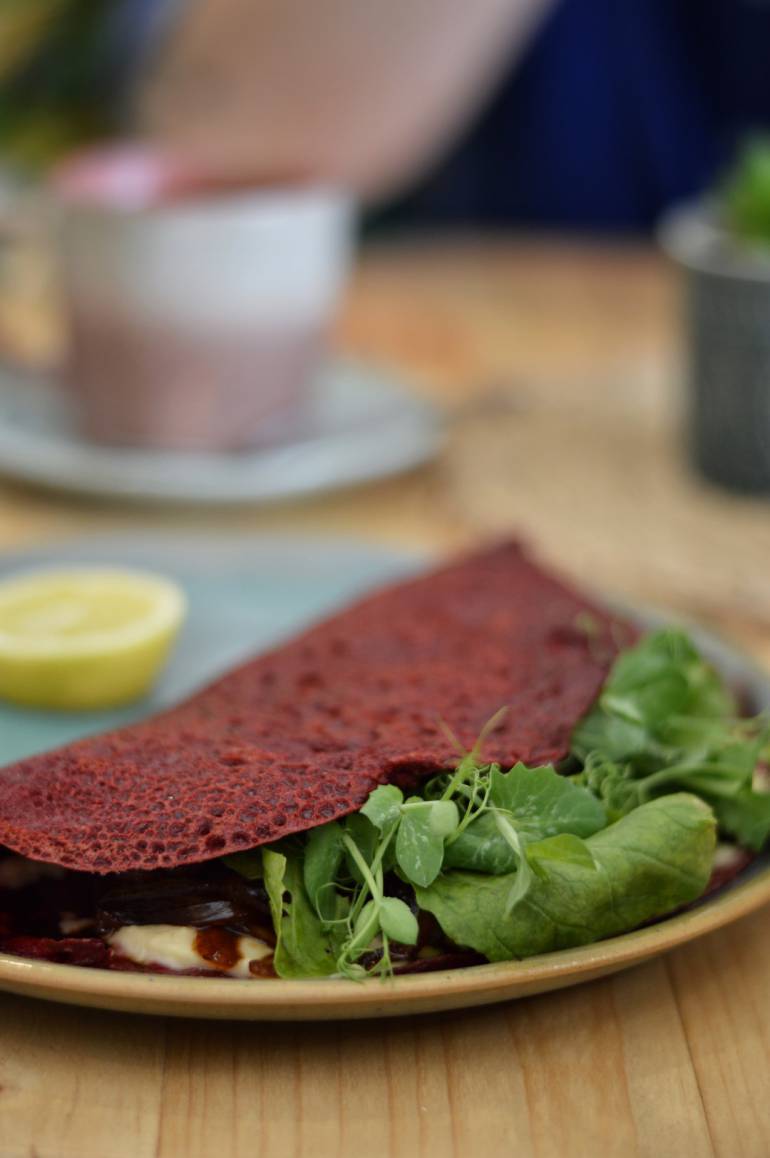 Zoodles and Bean Balls - Zucchini noodles lightly steamed, topped with arrabiata sauce, bean and nut balls, sprinkled with cashews and served with dukkah toast. Absolutely delicious, but this one is likely to be a room divder. Die hard pasta fans may not be so easily convinced. 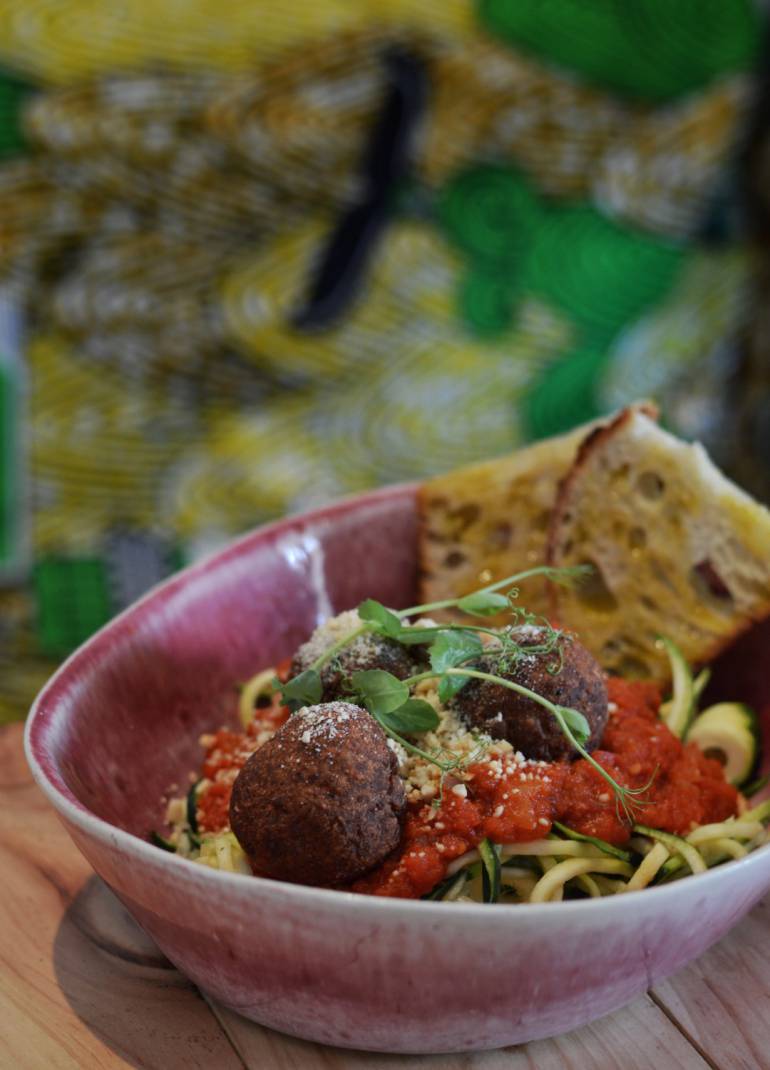 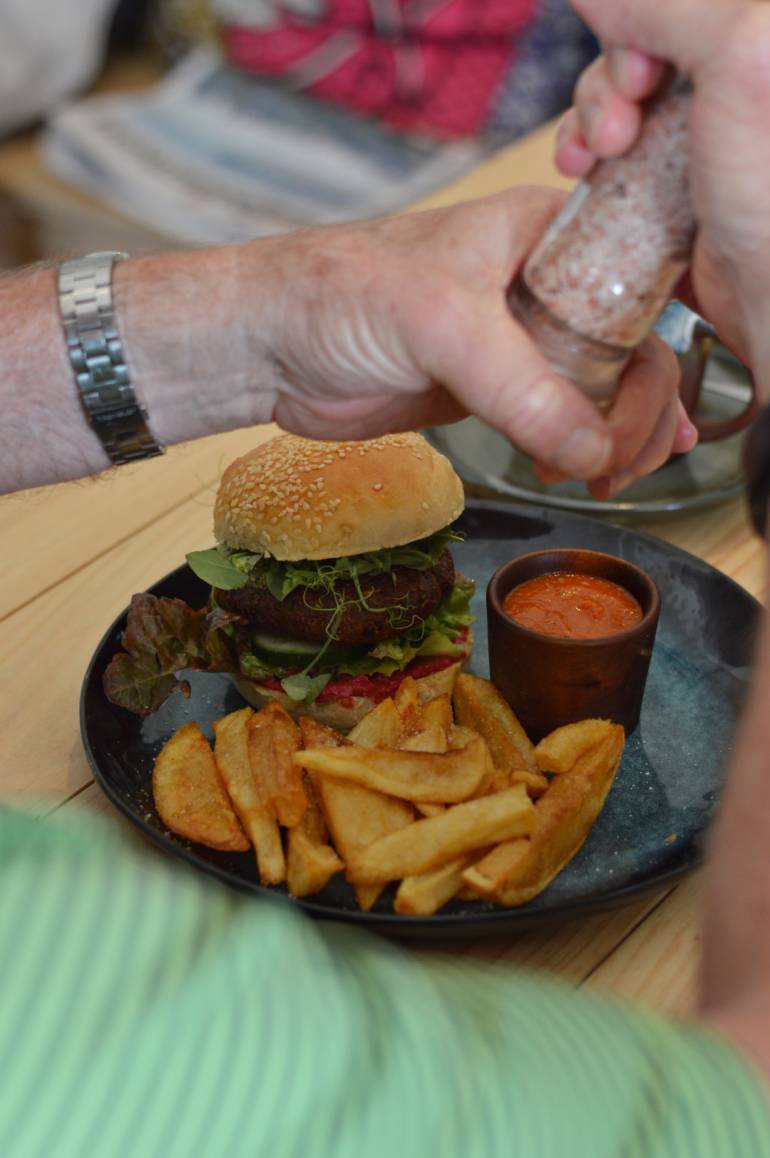 Whatever you choose from the menu, think of a plant based diet as a different cuisine completely, as distant as Chinese food is to Italian, let these meat free alternatives be enjoyed with a mind uncluttered by the preconceived ideas of what a meal should taste like. The Kindred Kitchen delivers creative, tasty and well-balanced food that is best enjoyed with an open-mind.

The Kindred kitchen make delicious smoothies, coffee that is roasted in the forest in Wilderness and the wide variety of unusual lattes, mylks and shots that are certain to peak your interest and make your choice of what to drink, a very difficult one. 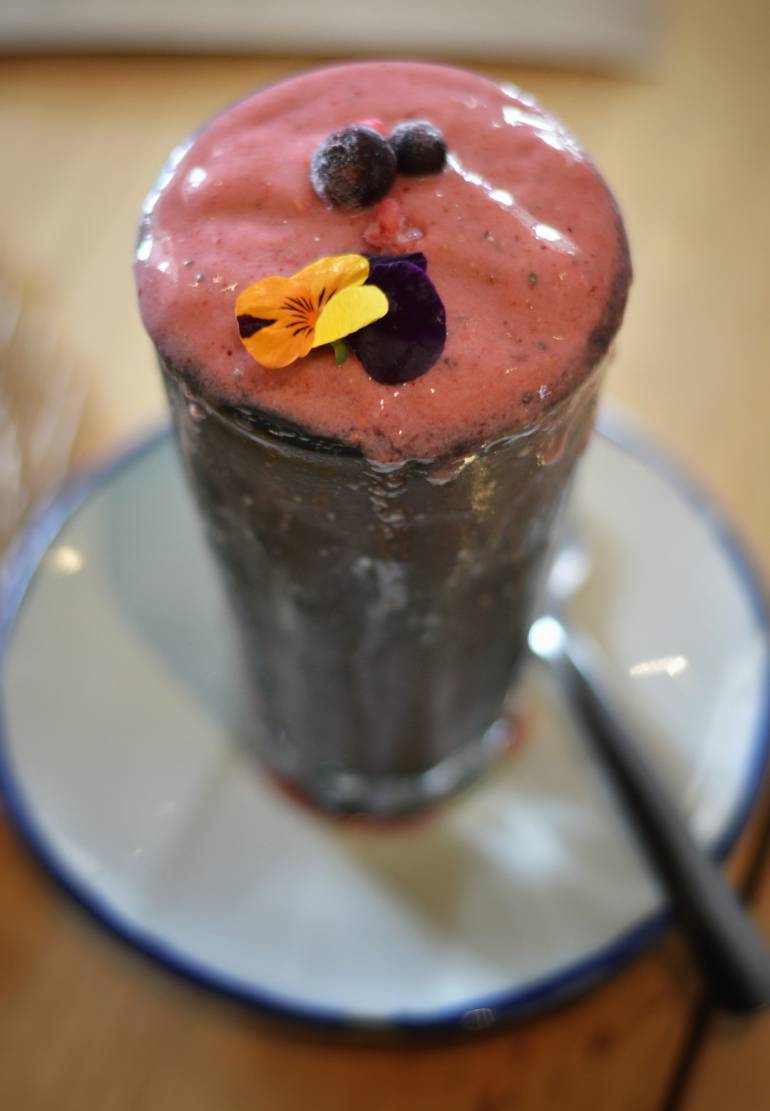 Whether you follow a plant based diet or you’re an open-minded adventurous foodie, you’ll love the Kindred Kitchen, so be sure to put them on your lists of places to visit when exploring the Bay. Pop past this quaint little eatery, situated in the foodie capital of Port Elizabeth, Richmond Hill and give them a try.

Have you paid Kindred Kitchen a visit yet? Let us know what you thought of it in the comments below.

For more scrumptious foodie friendly ideas have a look at all the things to do and see in and around the Bay or pick up a Nelson Mandela Bay Pass Card and treat yourself and your loved ones to a 15% discount on a full day safari at Lion Roars Hlosi Game Lodge which includes a 3 hour game drive and a delicious lunch.

Related
5 Reasons the Bay’s fallen in love with Jack’s Bagels 5 Spots for Scrumptious Burgers in the Bay 7 Summer Picnic Spots in Nelson Mandela Bay Are you ready for the Beach Camp Festival? Be a beekeeper for a day in the Bay
blog comments powered by Disqus