There are times when you need to take a break from your own life. That moment is usually very  crucial and hopefully incredibly delightful. These are instances when most feel the need to interact with nature and find some solace in their genuine existence. This for me, is the reason that Heavenly stables was going to be my 2nd last destination this February.  Deciding to take the long way around, starting with a quintessential  drive through Buffelsfontein (M9) on into Sardinia Bay through Prospect Road, we joined Sardinia Bay Road. This is one of my favourite stretches of road as it eases you slowly into a peak, and teases you with the blue ocean, spread clearly over the horizon. It took about ten minutes to get there from Walmer and sure enough, there were horses in their pastures  and there lay a sign welcoming me to Heavenly Stables. 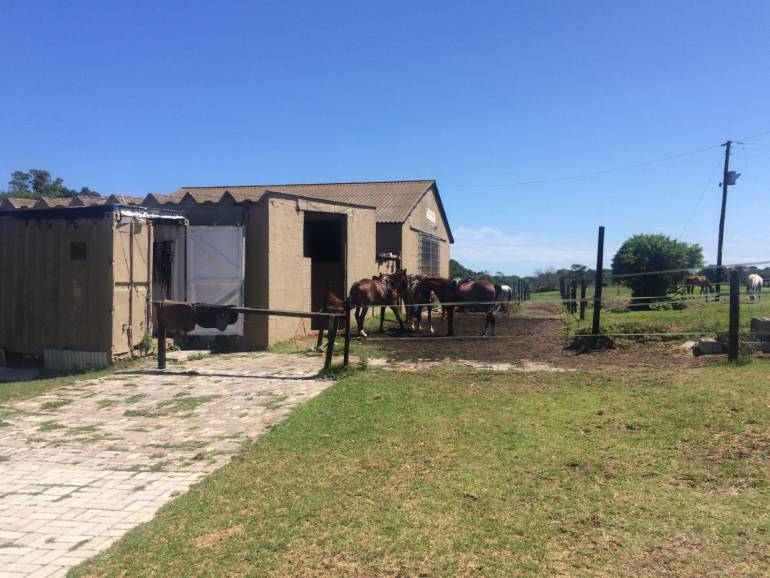 One is welcomed by horses in their pastures and  a sign welcoming you to Heavenly Stables.

After waiting a few moments after pressing the buzzer, I drove down a rough path into a parking area where a lady was mounting a horse before trotting off into the inner paths. Geared out for the day with my jeans, vest (since it was a blistering hot day and of course), I swopped out my sandals for a low-cut boot, which had no grip but a bit of a heel. Unfortunately, as  I would come to learn, this was a horrible idea I would regret soon after the ride.

As a few of us waited for the guides to arrive, we walked around the grassy area and bonded with a few of the overly affectionate dogs of Heavenly Stables. It was not long and one of the owners, Jackie, introduced herself and asked us to sign a few indemnity forms as well as grab riding hats for our safety. Soon after, Lian and her partner, came afore and introduced herself as our guide for the day. She seemed quite chipper, and personally that had me going asI I knew it was getting sooner to the time. She then asked each one of us our riding experience andI I believe this helped them decide which horse it would be that each of us rode. 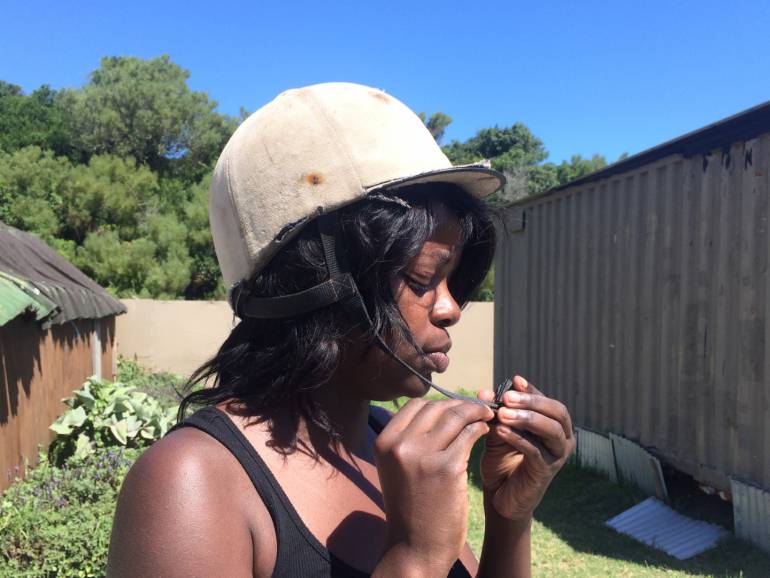 That is when I met Lady Lacy, she was guided up to the steps where I could climb  onto her back. I couldn't  help but smile with eager anticipation. As the others mounted their respective horses, we were then given a few moments to get in touch with our mares, get used to the reigns and of course, Lacy just wanted to eat. One of my fellow riders had experience riding so gave me a few pointers. That including a very comical, "Just hang on tight, worst that could happen is you fall lol". With that I assured myself I am going to get in touch with nature and somehow get through to this beautiful creature to please not hurl me off. 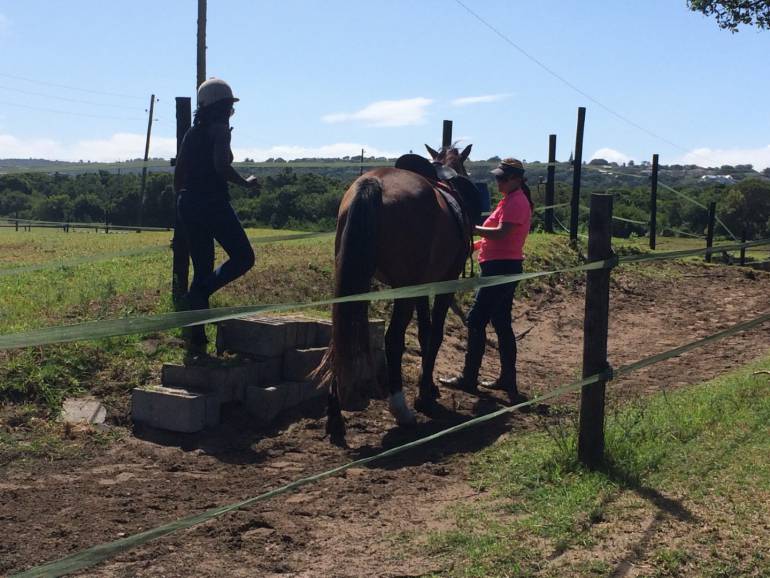 Meeting Lacy and being takien to an area which would allow for easy mounting.

In no time, we were given a few pointers in addition to the basics of trotting. Sounded simple enough, and off we rode into the reserve and I started to question my ability to actually tell this creature where to go. It was about ten minutes in when our instructor gauged the groups tolerance when she yelled, "Trotting!!". Quickly my mind raced backed to kicking my heel into Lacys side as instructed and like clockwork, she lunged faster ahead and I hang on for dear life. Problem was I had completely forgot the rhythm we were indicated to use, so I seemed quite hilarious uncontrollably bouncing around the saddle clutching on hopping I wouldn't be the first to fall. At this point Lian yelled out, " Up down,  up down, like squats, find your rhythm". Having calmed down and listened, I finally got in tune with Lacy and the ride ahead allowed for us to continually interact as well as have me enjoy the rest of the scenic escape into the reserve. Given a few moments to get used to your horse and the reigns.

It all seemed like these hidden highways hidden within the forest. Under branches, over, small hilltops, through makeshift galleys and valleys. It was one heck of an adventure. There were horses in the distance seeming capably wild and at one with their space. The 30 degree heat never quite dissipated the smiles from the rest of the group. After about an hour of trotting and walking through the reserve, we came upon the sounds of the ocean and I recognised the very familiar Sardinia Bay Beach. 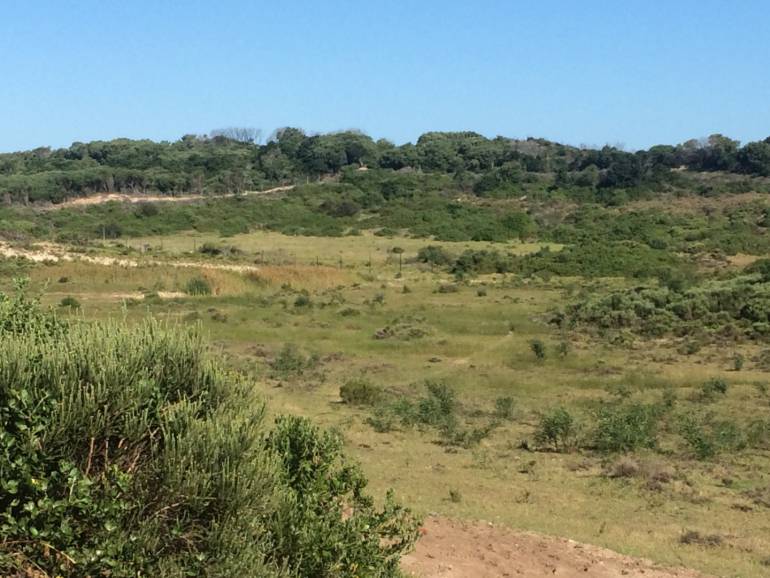 It was beautiful, the sand dunes were high as ever and we crossed over onto the designated horse path. Climbing up a bit of dunes and the sturdy horses making their way through the slippery sand, you can't help but cheer and hone them on as you slowly realise that you truly are bonding with this creature. Lacy had so easily stolen my heart. She became more than just a mare through that ride. We galloped along down onto the beach and that is when you realise the contrast between the sirens reserve  and the thunderous ocean with its majestic waves. Pure bliss is all but an understatement for this experience. 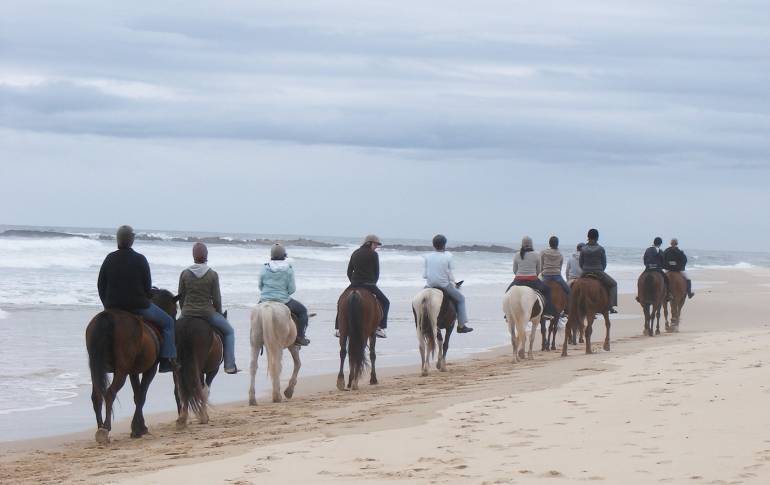 Eventually we turned back the same route and had more trotting than walking. The rush was impeccable. We rode right through for another hour or so until we arrived back at the stables. Once we dismounted off our horses, I must say it was difficult for me to leave Lacy. I hugged and thanked her for being such a sport. She is definitely a treasure to me and I would hope the same for everyone else on the ride. Even though it felt like a complete full body workout, I would go again and again. This experience is like no other. If you want to be out in nature and get in touch with its most majestic creature, Heavenly Stables is your space. 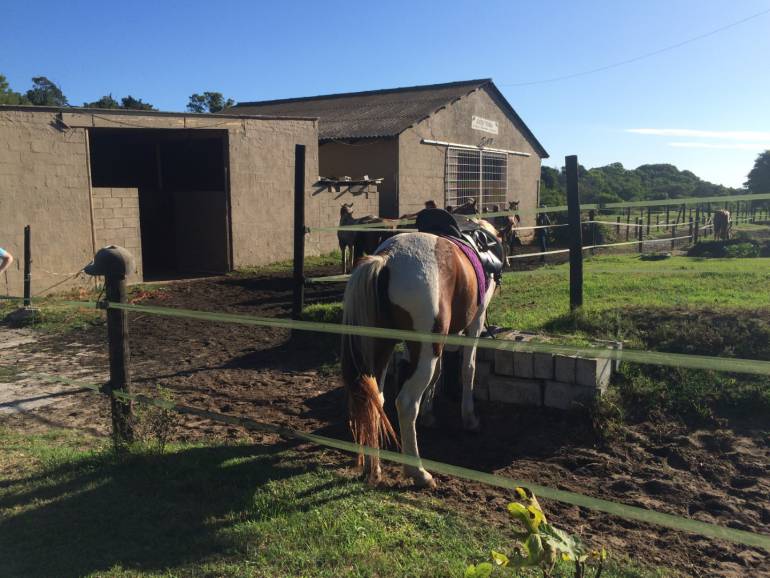 Even though it felt like a complete full body workout, I would go again and again.

Nelson Mandela bay Pass Card holders receive a free scenic 1 hour trail ride through the Sardinia Bay Nature Reserve where one can catch a glimpse of a bushbuck, duiker, vervet monkey or a large variety of birdlife. Heavenly Stables also offers Pass holders a 2 1/2 hour ride on the Sardinia Bay beach which is suitable for first time and experienced riders.

Related
A Family Experience at Kragga Kamma – Port Elizabeth B.E.A.C.H - BEST ESCAPE ANYONE CAN HAVE Passing through the Tsitsikamma with a NMB Pass Port Elizabeth’s Utopia - St George’s Park The Valley Market - Port Elizabeth Why Nelson Mandela Bay is the bomb
blog comments powered by Disqus